Each October, the Galapagos Conservation Trust (GCT) celebrates its annual “Galapagos Day” event, where it brings together conservationists, scientists, politicians and others to discuss the major issues threatening the Galapagos and its wildlife and how best to address them.

This year was no different, although the event inevitably had a 2020 pandemic-inspired flavour.

On Thursday, 22nd October the Galapagos Conservation Trust held its first ever Galapagos Day webinar, an online version of the usual event, but no less interesting and inspiring as a result. 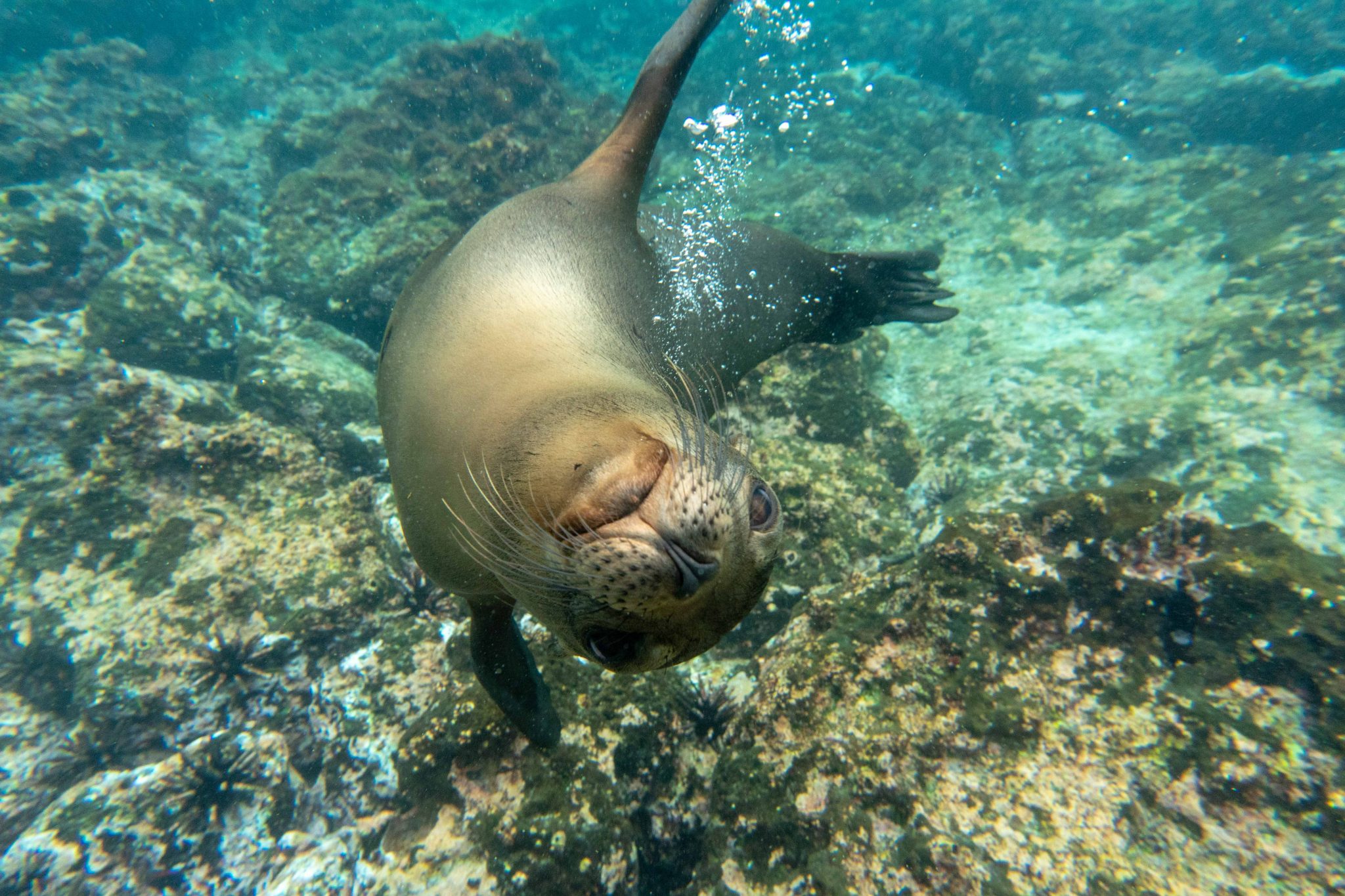 The event was hosted by GCT President, Monty Halls, a British TV presenter and explorer with a background in marine biology and charity work.

“One thing we know about the Galapagos is it’s a precious, global jewel that ignites such passion around the world” Monty said in his introduction to the webinar. The global interest in this stunning archipelago was reflected in the fact that the webinar was watched live by almost 1000 people from over 45 countries!

The attendance surely helped illustrate just how important the conservation of the Galapagos and its marine wildlife is to so many people around the world, as they logged on to hear more about the wonders of the Galapagos Marine Reserve and the issues it faces. 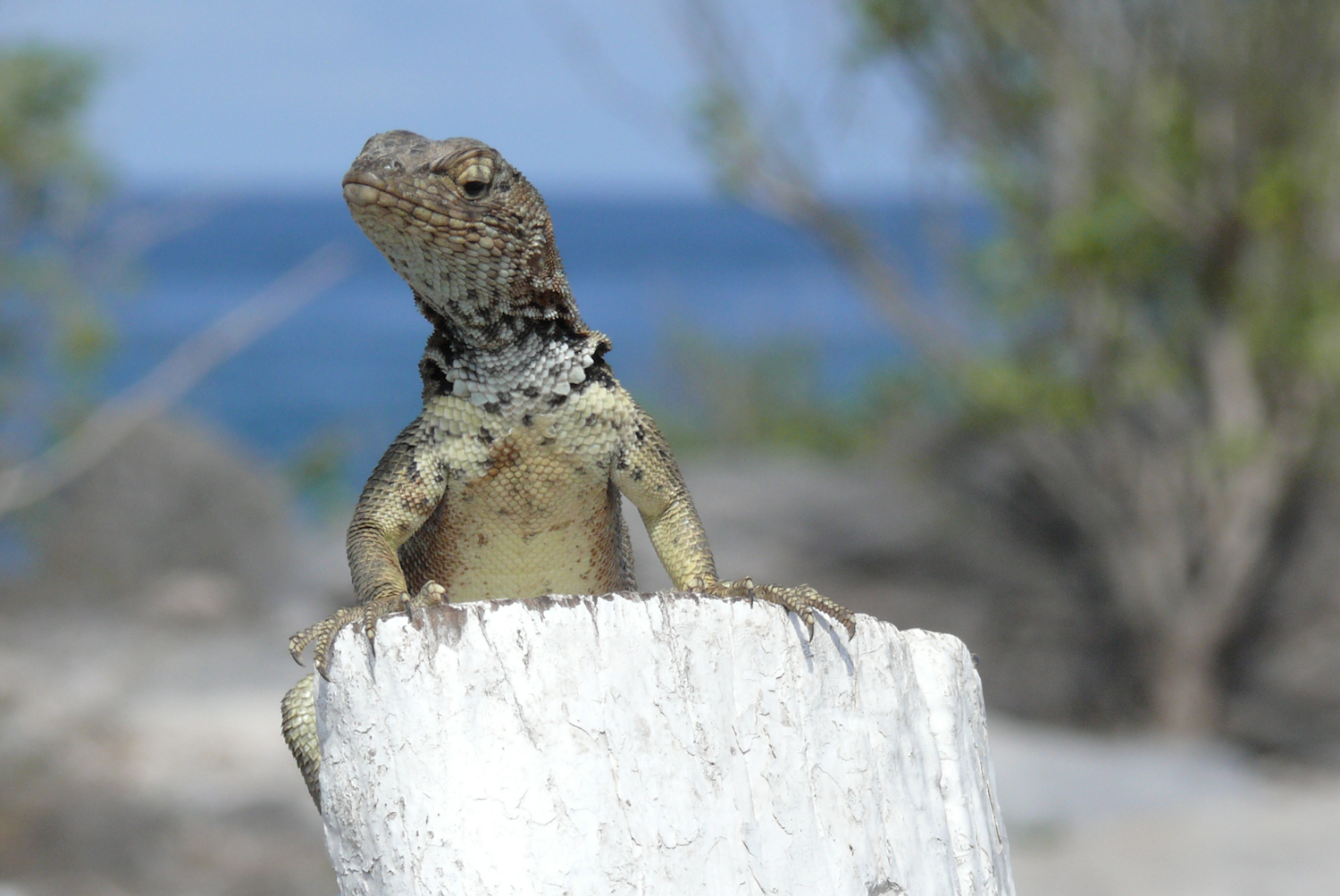 Yolanda is the ex-Minister of the Environment for Ecuador and former President of WWF International, and is currently working on the Ecuadorian government’s new ‘ocean protection strategy’ for the Galapagos Islands.

Jonathan Green is the founder of the Galapagos Whale Shark Project (GWSP), as well as an elected Fellow of the Royal Geographical Society of London as a result of his work in conservation and education. When he isn’t diving the Galapagos researching whale sharks, he is most likely leading adventure travel expeditions in the polar regions or teaching photography in various exotic locations around the world.

The final guest on the panel was Professor John Schofield, from the University of York in the UK, who through his work in contemporary archaeology is helping the GCT to understand where Galapagos’ plastic pollution is coming from and how to eliminate it.

Quite the group of experts to call on to discuss the Galapagos Islands! 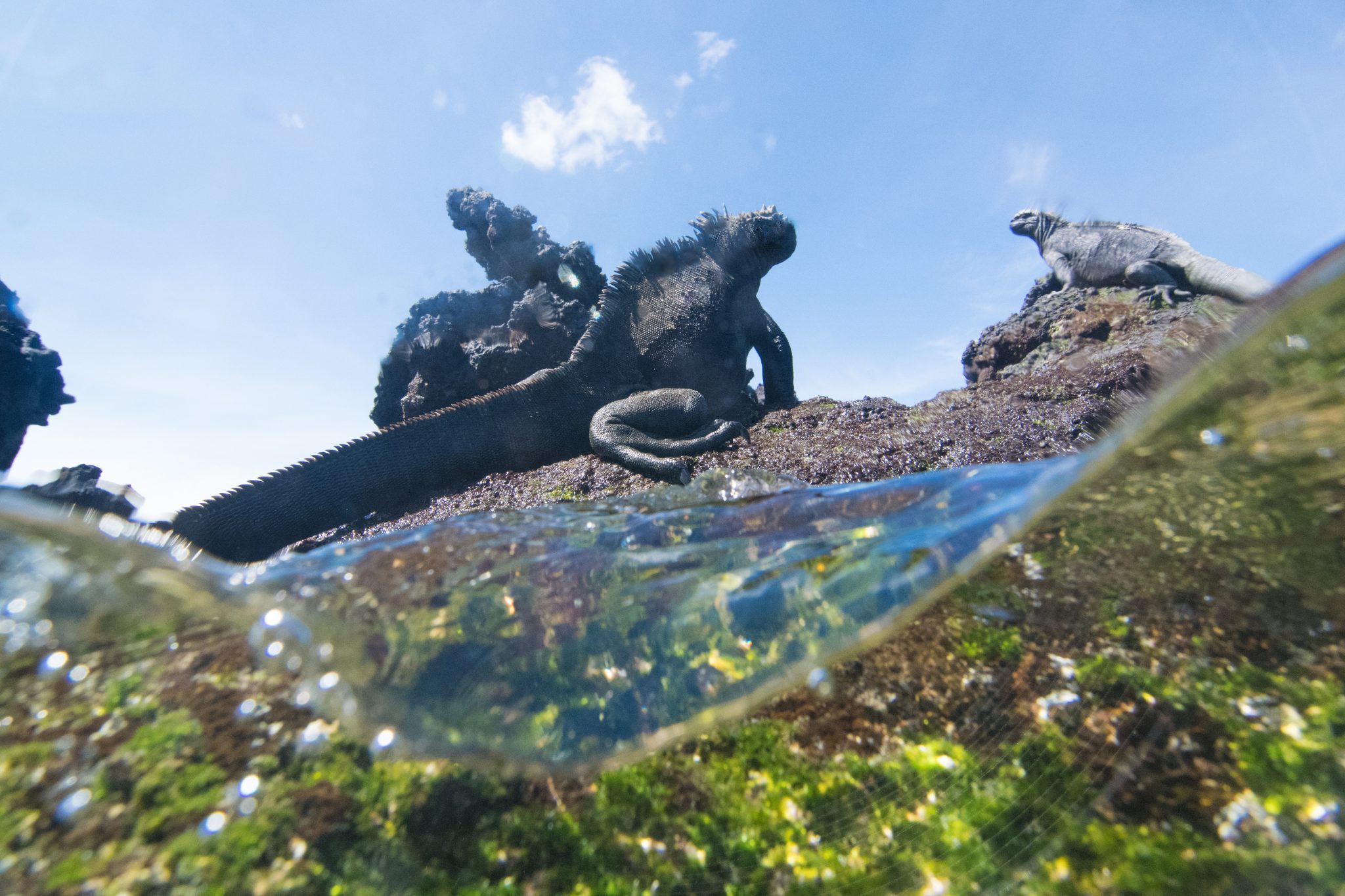 The group quickly identified industrial fishing, particularly by Chinese fishing fleets that mass on the edge of the Galapagos Marine Reserve, as the principal threat to the marine life of the islands. Once endangered creatures such as scalloped hammerhead or whale sharks leave these protected waters, they are caught in huge numbers either directly or indirectly as bycatch.

As Monty noted, these waters are “the last bastion of the whale shark”. In May, a whale shark named Hope, which had been tagged by the GWSP, went missing in an area of intense industrial fishing – a sad reminder of the threats these magnificent creatures face on their migrations between the Galapagos and the Cocos Islands in Costa Rica. 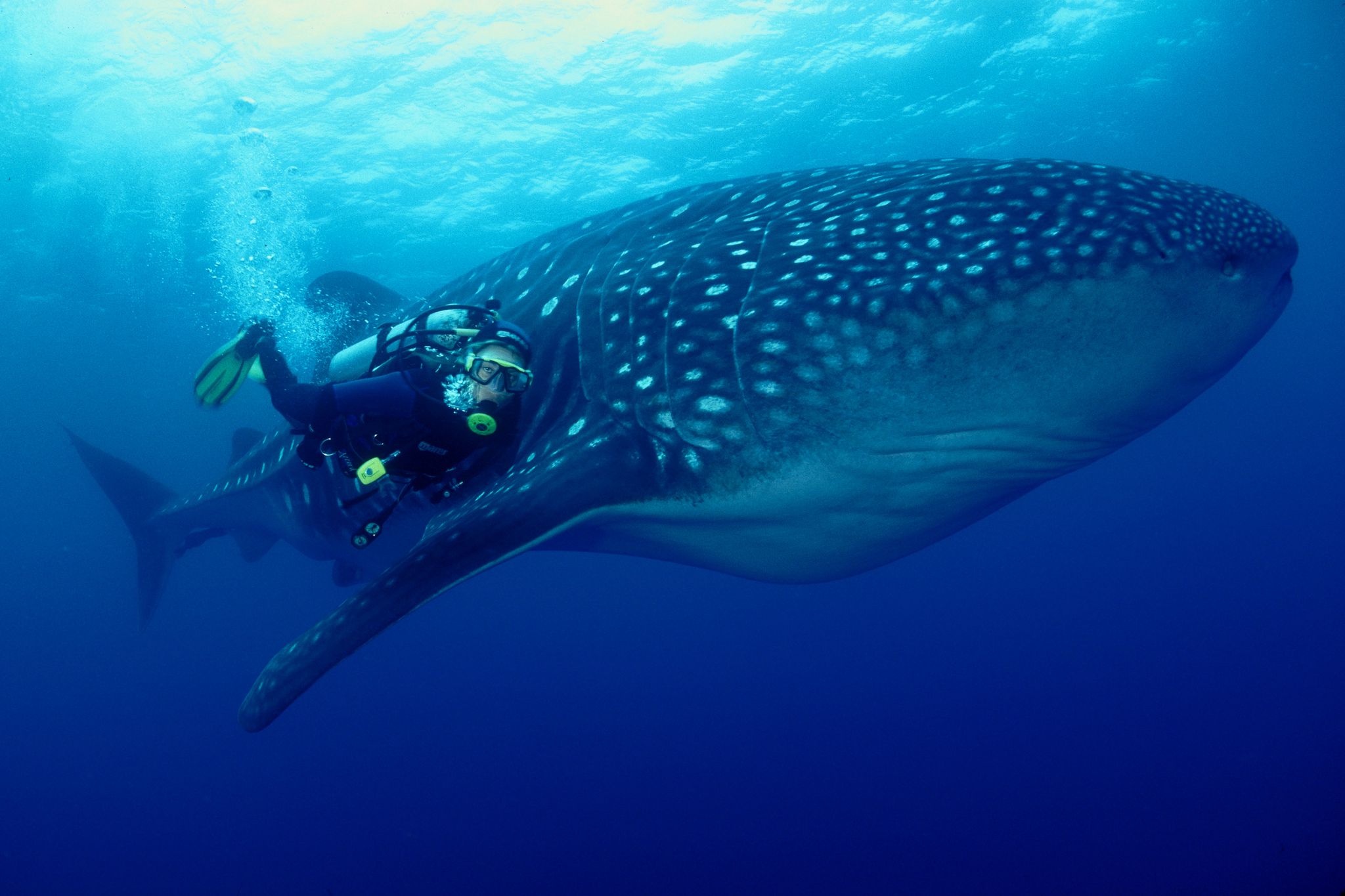 The other major threat for the Galapagos is plastic pollution. Work completed by Professor Schofield and others have shown that a major source of this plastic is the industrial fishing fleets themselves as they operate in the waters surrounding the islands.

Whilst it can be disheartening listening to talk of such man-made threats to one of the planet’s most pristine environments, the webinar did also offer practical advice for offering support for those of us listening at home.

The GCT does sterling work helping to protect the islands and the marine creatures that call it home, so one option is to donate to their Fund for Hope – named in honour of the whale shark who went missing earlier this year. Contributions will help fund action to protect the precious wildlife of Galapagos, giving other marine species the protection they deserve.

For those looking to get more involved practically, try visiting the GCT’s new Citizen Science Portal, where you can help analyse the plastic pollution collected from the beaches or even take part in an iguana count! 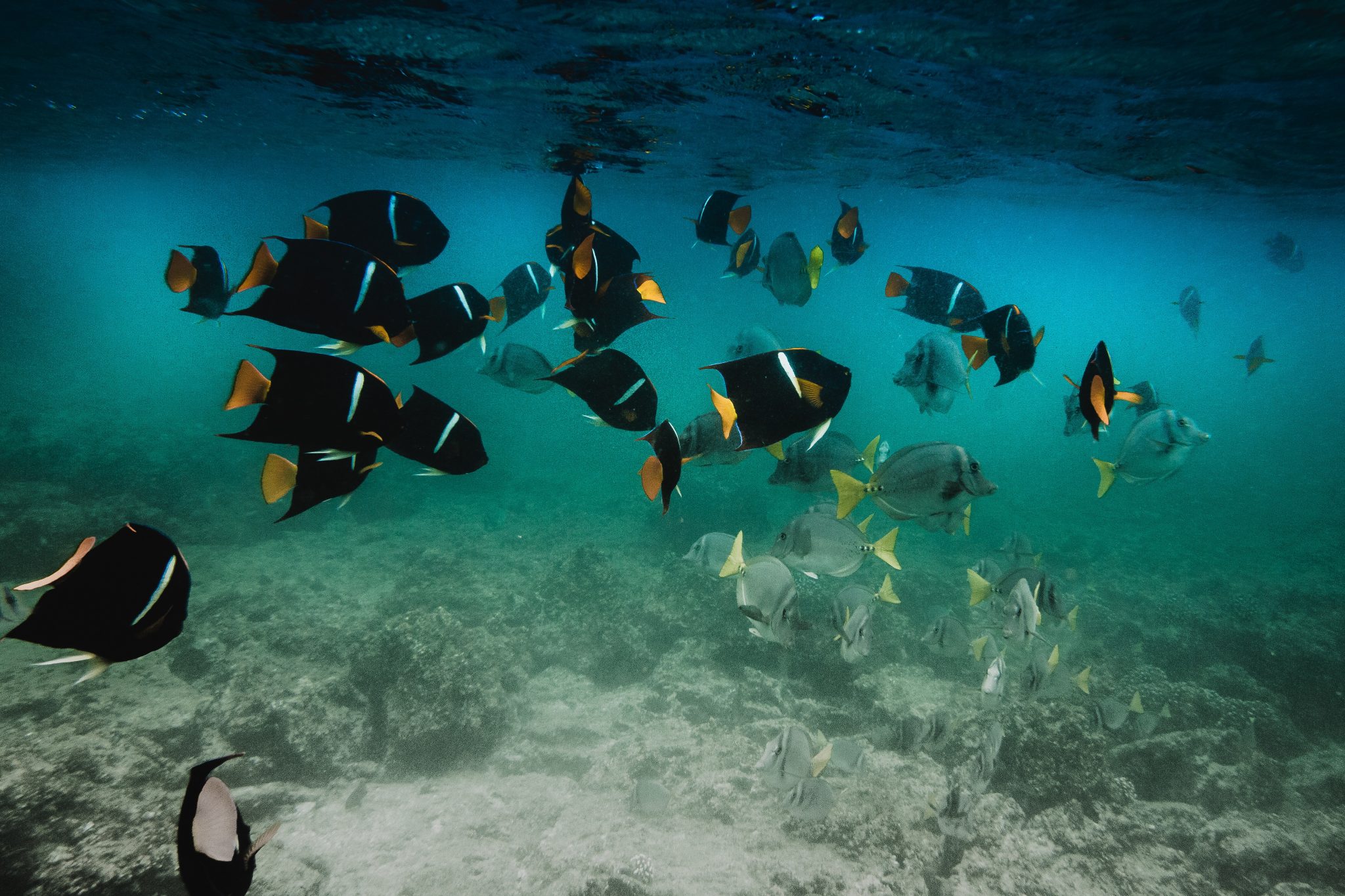 Conservation of the Galapagos has always been close to our hearts here at Ecoventura – we were recently awarded a platinum award by the Charles Darwin Foundation in recognition of our support – and we are inspired, as always, by the work that the GCT do every day to help protect the wonderful animals that live beneath the waves around these islands.

For those who missed the webinar or would like to see it again, please follow the link below:

All creatures great and small: the stars of 2020