Thanks to a lack of natural predators in the Galapagos Islands, a diverse array of wildlife such as majestic sea birds, sea lions, and gigantic sea tortoises allow our passengers to get up close and personal with Galapagos animals during their stay.

Despite this natural advantage, there are still many threats the local wildlife is faced with that we must help protect.

As the Galapagos Conservancy highlights, the principal causes for extinction of our Galapagos animals are:

The endemic species of Galapagos are of the greatest conservation interest here in the Galapagos, because their future depends entirely on their continued existence in the islands.

While this is not an exhaustive list, below are a handful of endangered bird species we are working hard to protect here in the Galapagos Islands. Please take a moment to learn about these birds, the conservation efforts to aid their survival, and ways you can get involved:

Finches (Mangrove Finch, Warbler Finch, Woodpecker Finch and small, medium and large tree finches) – Darwin’s finches (also known as the Galapagos finches) are a group of about fourteen species of passerine birds here in the islands. Their numbers have declined over the years, with the Mangrove Finch being the bird species most threatened by extinction. There are less than 100 Mangrove Finches left in existence, all in two large mangrove forests on the western coast of Isabela Island.

The biggest threat to the finches is the invasive fly, Philornis downsi, a parasite that feeds on the blood of finch nestlings. Competition with introduced species such as the Smooth-Billed Ani also pose a threat, as well as introduced rats and cats in the Galapagos. 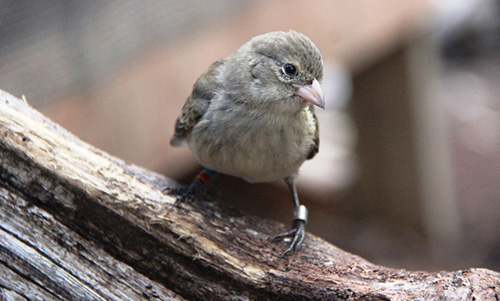 Conversation Efforts: To help protect the finch population in the islands, in 2014, The Galapagos National Park and researchers from the Charles Darwin Foundation (CDF) and the San Diego Zoo Global (SDZG) implemented a successful captive rearing program  for Mangrove Finches in an attempt to begin to restore their population.  This process includes: 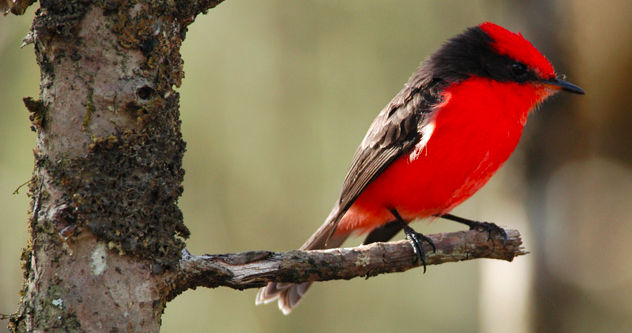 Conservation Efforts:  The Going, Going, Gone Project is researching the species’ taxonomic status.  This project is exploring available historic data to demonstrate that the declining populations are on inhabited islands. It also aims to validate that the declines have occurred rapidly, and is a pattern being followed by other bird populations in the Galapagos. 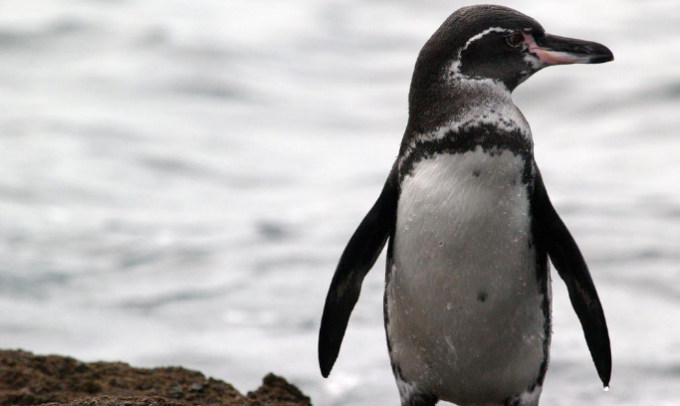 During El Niño, Westward blowing trade winds slow down, which causes the ocean currents to be thrown off. The warm water currents are sent towards South America and the Galapagos Islands, causing a naturally occurring change in temperature between the ocean and the atmosphere.

El Niño disrupts The Humboldt Current that brings in nutrient rich water to the Galapagos. The fish and algae slowly die off from lack of nutrients, which impacts the sea birds (such as Penguins and Flightless Cormorants) that eat those fish. The Galapagos penguin faces a 30% probability of extinction in the next 100 years due to the effect of more frequent El Niño episodes.

Conversation Efforts: Founded in 2011,  the Penguin and Cormorant Annual Census Project records and analyses data crucial for conservation of these endemic flightless species, helping the project managers understand whether their populations are stable, increasing, or decreasing, and allows project scientists to diagnose the causes of this population change and determine solutions.

Blue Footed Boobies – The Blue-Footed Booby is a marine bird native to subtropical and tropical regions of the Pacific Ocean. It is iconic in the islands, with over 70% of the world’s population of blue-footed boobies living in the Galapagos Islands! Our passengers are captivated by the unique blue feet of the booby and love to observe the famous blue footed booby dance. 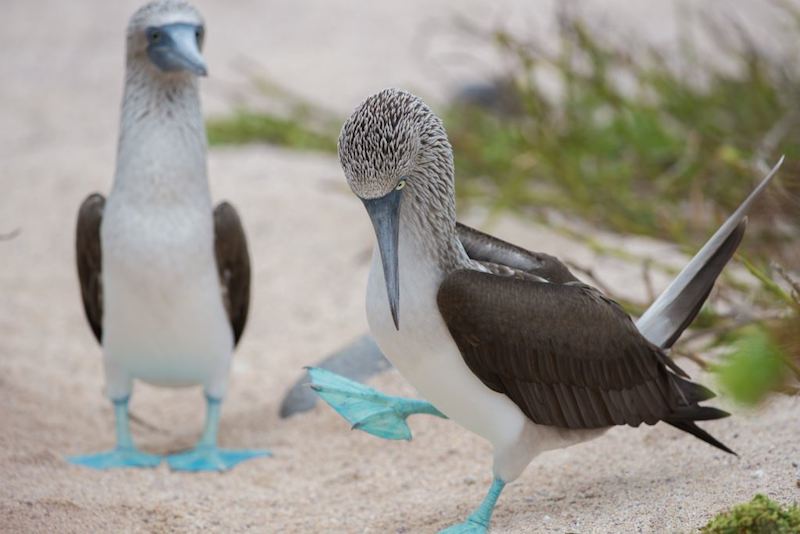 While Blue Footed Boobies are not endangered or endemic, their numbers have declined over the decades here in the Galapagos, due to a decline in clupeid fish, especially sardines, that are crucial to  the boobies’ diet.

Conversation Efforts: Responding to the reduction of Blue-Footed Boobies in the Galapagos, Professor Dave Anderson of Wake Forest University and David Anchundia, an Ecuadorian Master’s degree student, began a two year study in 2011 to develop population benchmarks for the species. This project has recorded demographics, such as annual adult survival rate and reproductive success.

What Can You Do To Help

We take an active role in supporting conservation in the Galapagos. We have been ‘greening’ our operation and equipment since 1999 through reducing carbon emissions and ensuring the local community benefits through educational opportunities and supporting marine conservation.

We have also established the Galapagos Marine Biodiversity Fund in partnership with the World Wildlife Fund to support environmental education and marine conservation by strengthening the local communities’ ability to manage natural resources.

Below are some ways our passengers can help get involved with the conservation efforts in the Galapagos:

Ecoventura is thankful for our Naturalist Guides!