During all the coverage of this year’s UN climate change conference (COP 26) in Glasgow, UK, filled with tense negotiations around global warming, climate finance and the use of fossil fuels, for those passionate about the conservation of the Galapagos one declaration in particular really stuck out. 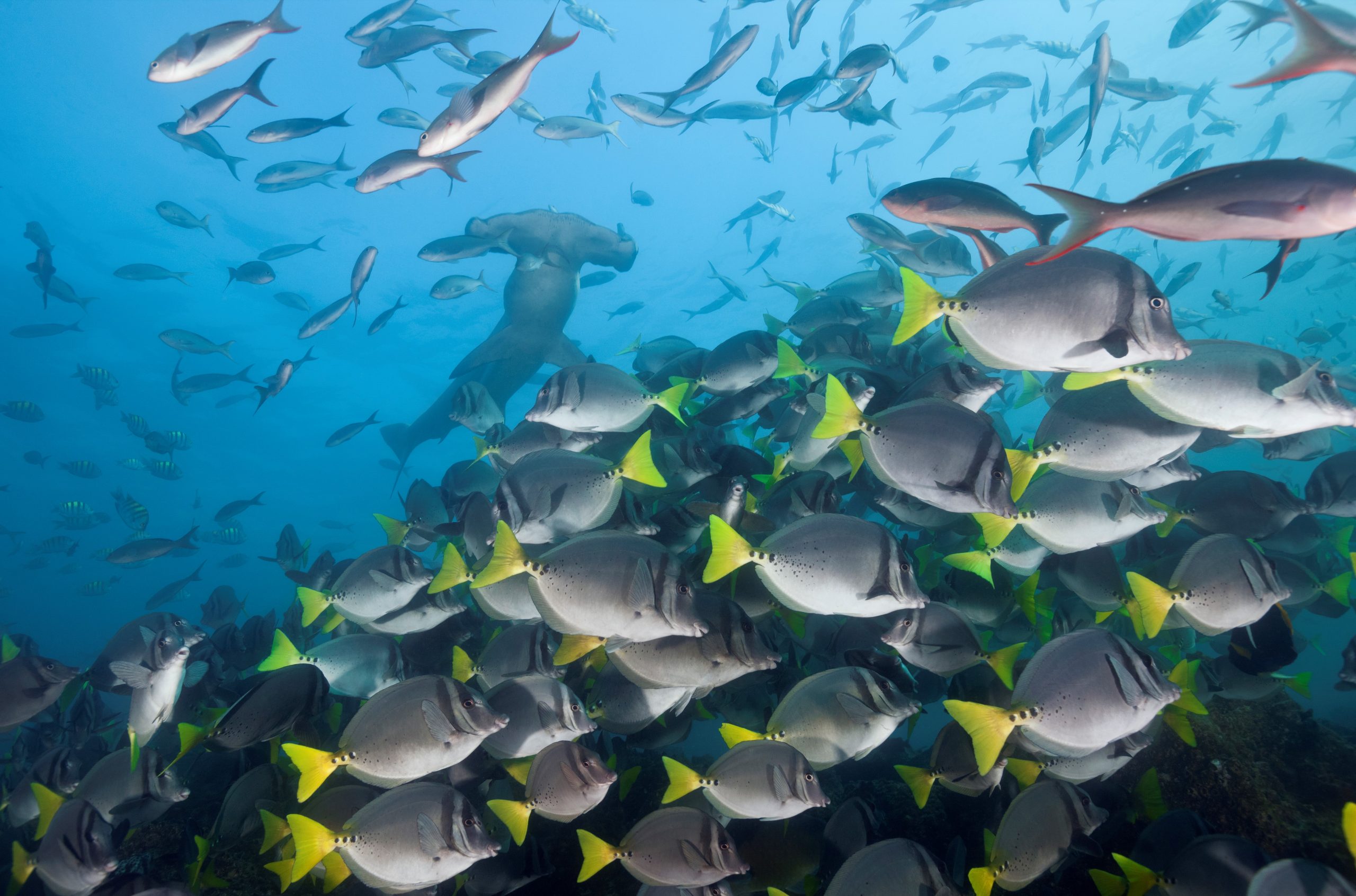 The commitment, which involved five months of negotiations with key stakeholders including the Ecuadorian fishing industry, includes the creation of a 30,000 km² fully protected no-take area (the green area in the image below) that will safeguard the Galapagos-Cocos Swimway used by migratory sharks, whales, turtles, manta rays, and many other species. 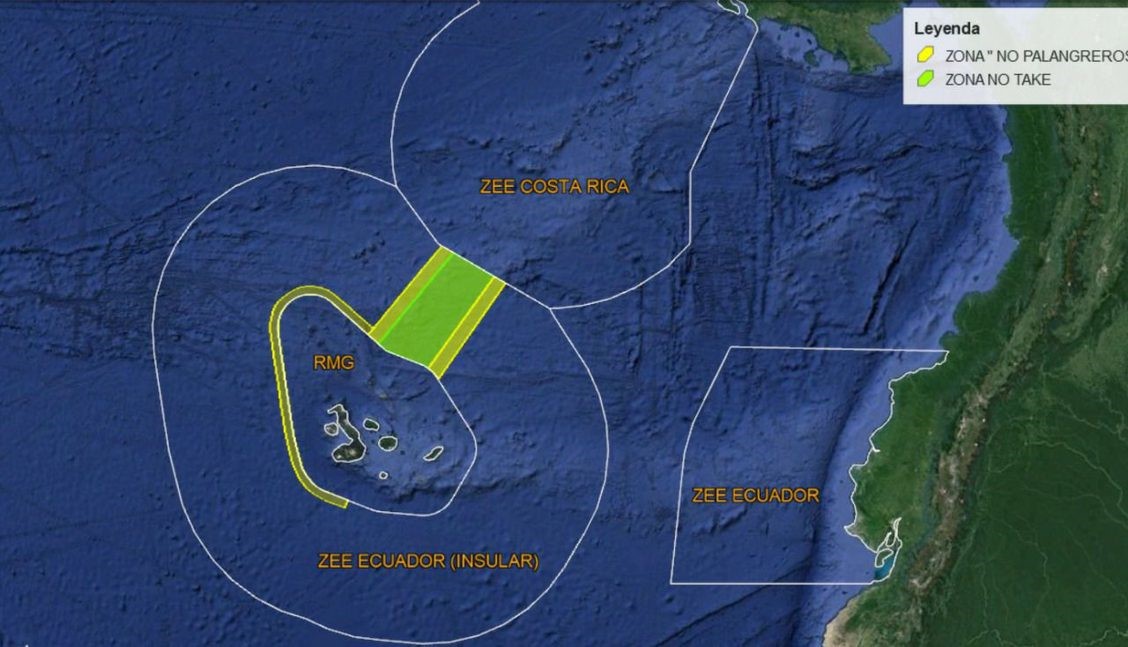 These creatures, about 20% of which are endemic and many endangered, travel between the Galapagos and Cocos Island in neighboring Costa Rica each year in large numbers to breed and feed, braving the open – and currently unprotected – seas and the threats from industrial fishing that it entails as they travel between the two.

Scientists and conservationists have long argued for a protected migratory corridor between the Galapagos and Cocos Islands to help protect these magnificent but vulnerable creatures. Doing so will help them reach maturity and breed in peace, bolstering numbers and making their populations more resilient to threats they may face in the future. 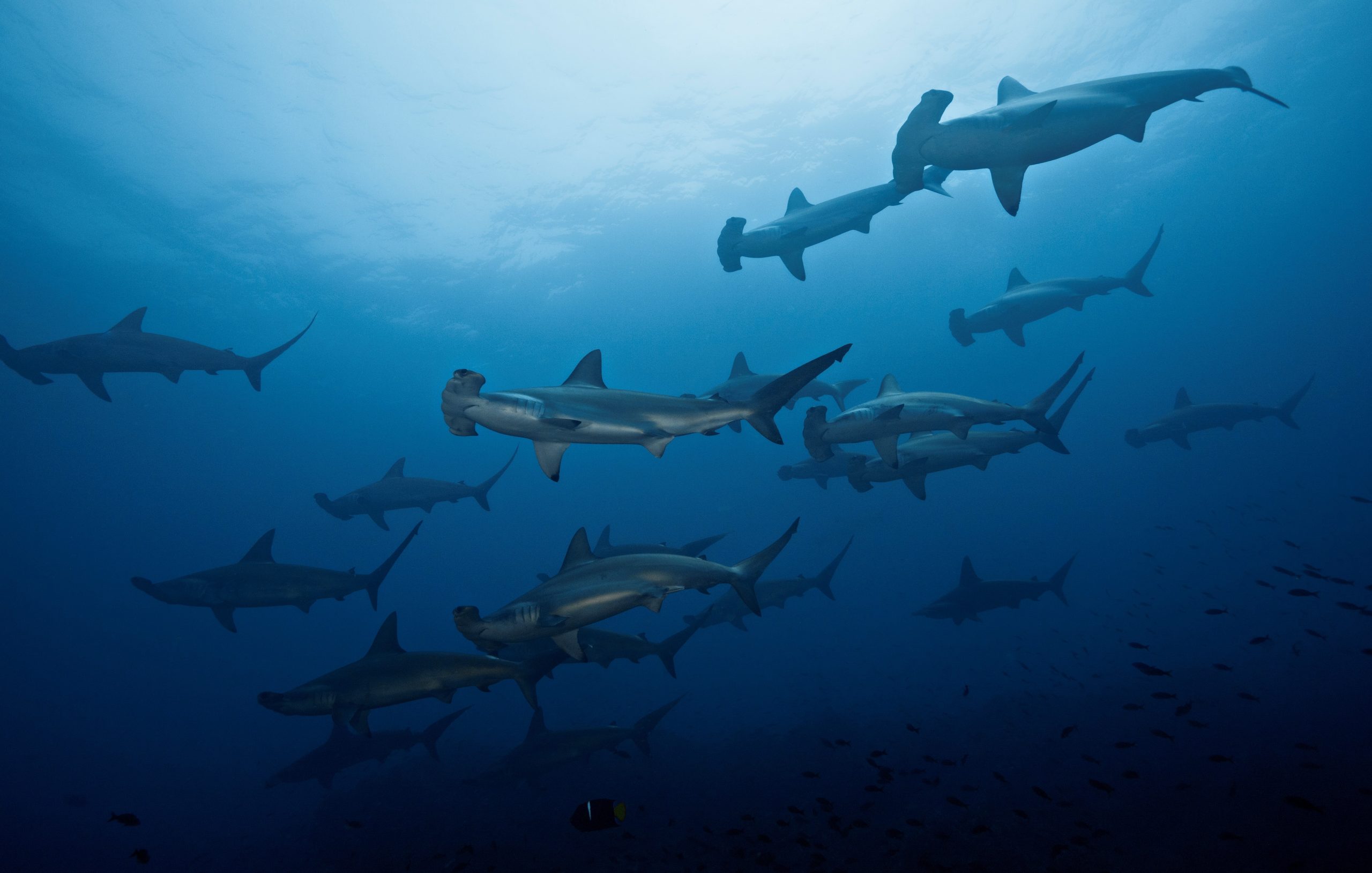 The expanded reserve will also include an additional 30,000 km² area where longline fishing will be prohibited (the yellow zone in the image above), further strengthening the protection for these animals and helping to maintain the Galapagos Marine Reserve as one of the most extraordinarily bountiful and productive marine environments on the planet.

This expanded protected zone will build on the existing 133,000 km² (51,352 square miles) Galapagos Marine Reserve, which was established in 1998 and was one of the first large-scale marine conservation areas ever to be created.

Ecoventura supports the marine reserve, and conservation research in Galapagos, through our fund, the Galapagos Biodiversity & Education for Sustainability Fund. We established the fund in partnership with the Charles Darwin Foundation and Galapagos National Park Service to help finance research and monitoring trips, buy vital scientific equipment and run educational projects and conservation camps for scientists and students, and were recently awarded a platinum award from the CDF in recognition of our support.

“Today is a day that will remain in history,” declared Lasso following the announcement. “This will not only strengthen the area’s biodiversity, but it will also bolster our combat against climate change.” 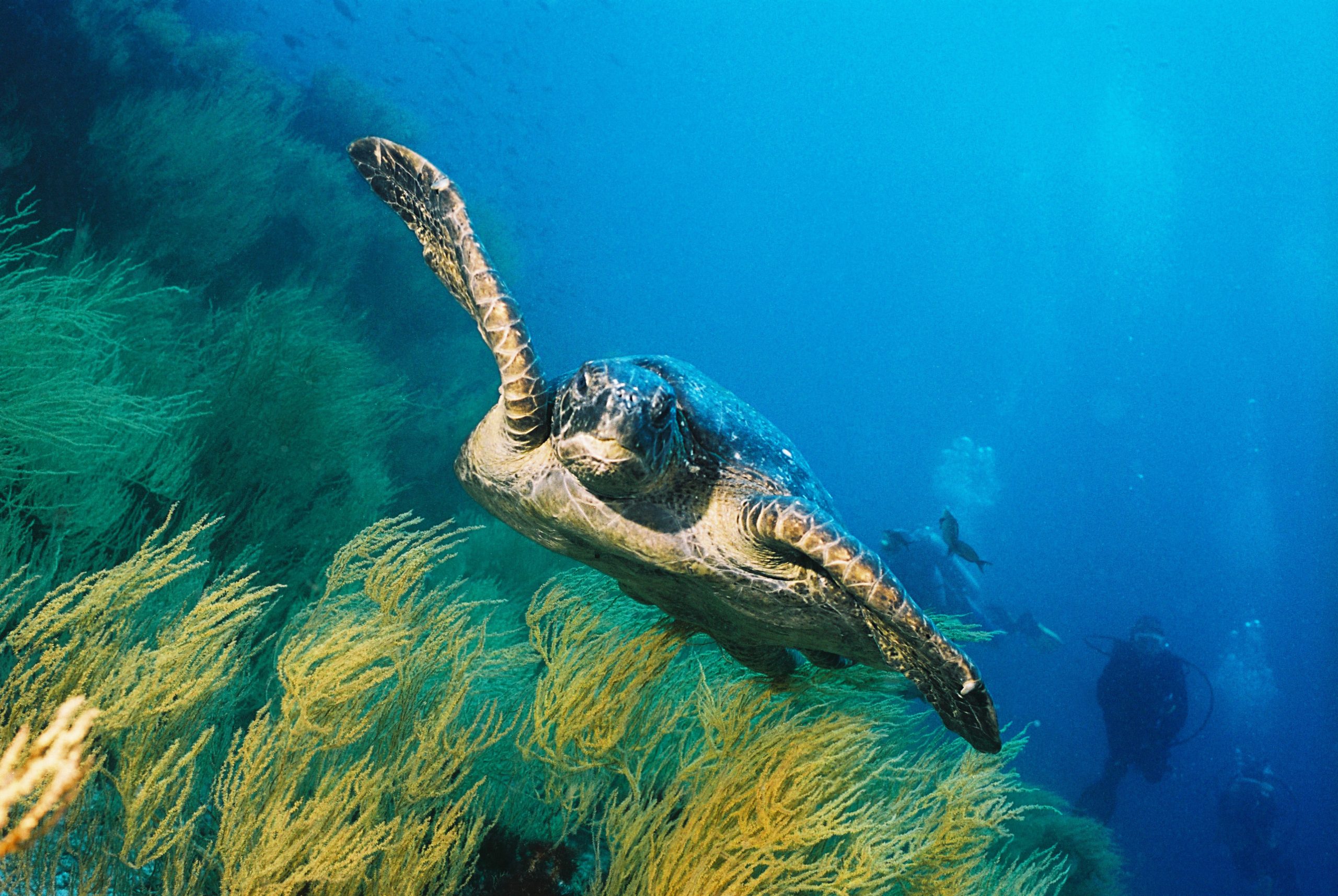 The announcement was quickly followed by similar commitments from the leaders of Panama, Costa Rica and Colombia to further protect marine species in the area and help to connect individual national marine reserves in to a vast transnational marine protected area. The commitments will help hugely in consolidating the region as a biodiversity hotspot for years to come, protecting the extraordinary species that live in and migrate through these unique, tropical seas.

There is growing agreement among global leaders, local communities and scientists on the need to fully protect at least 30% of the Earth’s coastal and marine areas by 2030 in order to secure and maintain a healthy ocean, support ocean resilience in the face of climate change, and improve food security.

Despite the challenges that remain, including climate change, plastic pollution and overfishing, this fantastic announcement will go some way to achieving that and help secure the Galapagos’ place as one of the world’s richest and most fascinating marine ecosystems. 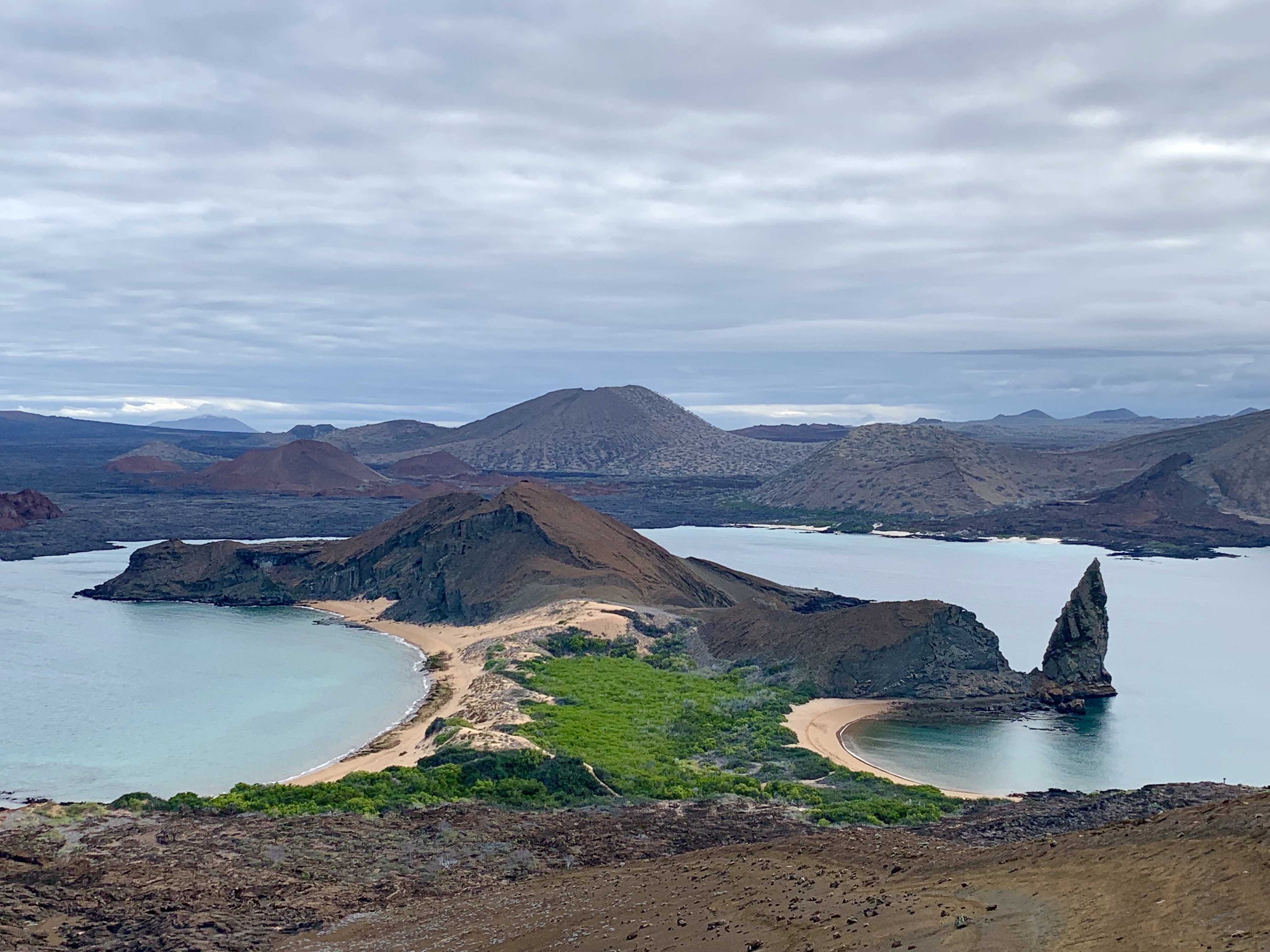 Under the Sea - The Best Snorkeling Spots in the Galapagos

Two is better than one - back to back trips with Ecoventura