The variety of wildlife in Galapagos is one of the main reasons most visitors make a trip to the islands. Throughout the year, these animals are performing unique courtship and nesting rituals in order to find a mate. Can you imagine if humans had to dance around while whistling and show off their wingspan in order to get a wife? We have it easy!

There is no bad time of year to come and experience these rituals, but if there is a particular one you want to see, we do suggest you plan ahead! Here are 5 of our favorite courtships to see while you are visiting. 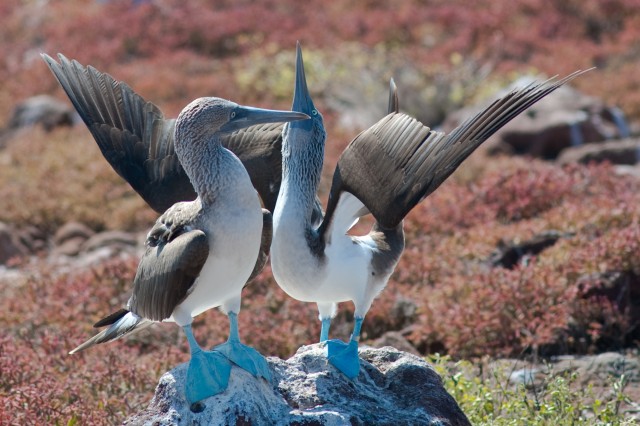 If you have beautiful blue feet you might as well flaunt them! How else are you supposed to find the perfect mate?

When it’s mating season for the Blue Footed Boobies they start by making sure they are preened and lookin’ good. Then the male will wait until he sees a female booby that he likes and point everything he has, (beak, wing, chest) to the sky to get her attention. Once he woos her, he will present a stone or twig saying “let’s make a home together”. If the female is interested she will stay around to see more. Next, the male booby will dance around showing off one foot at a time (the bluer the better). If the female likes what she sees they decide to mate and begin building their nest together.

The blue footed booby dance is one of the most popular in the Galapagos. Here is a video from a past guest:

Sea lions congregate in harems (one dominant male sea lion, with a group of female sea lions). The male sea lion is responsible for defending the territory where the harem lives (which isn’t an easy feat). 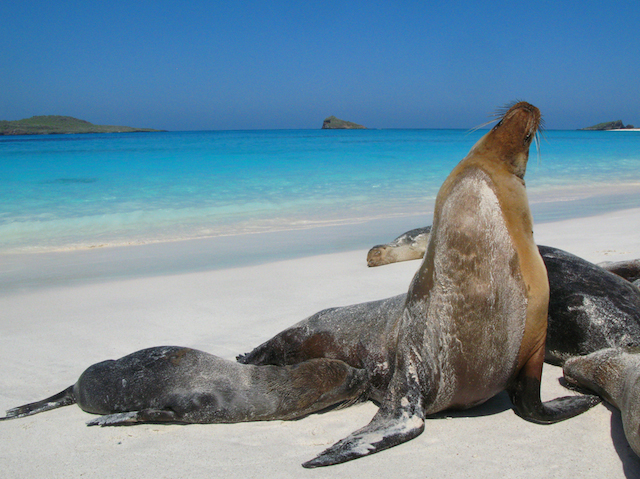 These large birds (the largest bird in the Galapagos!) mate for life. Their romance begins with an intricate and specific mating ritual that involves clacking their beaks together while circling and bowing. You will also hear a loud ‘whoo-ooo’ sound while their bills point to the sky. 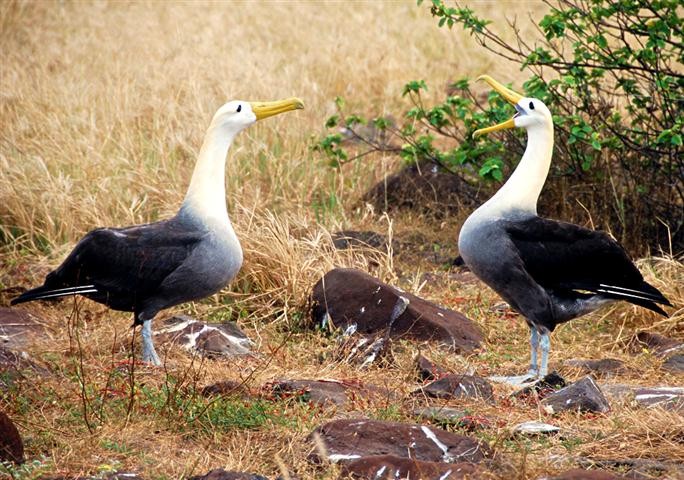 Flightless Cormorants courtship starts at sea. The male and female swim around one another with their necks bent into a snake-like position before both moving to land.  They perform a “cormorant version” of the “penguin-walking”, by walking together side to side with bent neck and bill pointed downwards. Finally the male and female build their nests together with twigs and debris that the male brings as gifts for the female. 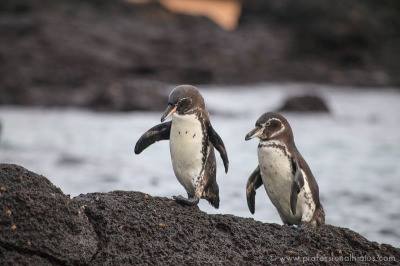 After finding a mate by mutual preening, flipper patting and bill dueling, penguins mate for life. While most penguins have a distinct mating season, the Galapagos Penguins do not. They have adapted to the unpredictability of the climate and are able to breed two to three times per year. This enables the Galapagos penguin to delay breeding with the food is scarce and breed quickly when conditions improve.

Intrigued? Come experience some of these wonderfully bizarre mating rituals of the Galapagos for yourself!

Can You Guess what is the Cutest Animal in the Galapagos?