Plastic pollution has long been an environmental problem worldwide but it seems 2018 is the year of the pollution fight! Single-use plastics have caused an international crisis with plastic pollution reaching even the most remote and protected areas of the globe like the Galapagos Islands.

Fortunately, The Galapagos Governing Council announced a single-use plastics ban in April as part of their Earth Day celebration. This ban will greatly benefit the ecosystem of the archipelago and help to protect Galapagos for years to come. And we are excited to be part of the solution! Despite conservation efforts, plastic is a pervasive problem here in the islands where seals have been observed playing with plastic and finches have started using plastic fibers for nest building. Scientists have also found microplastics inside animals and their feces.

In April 2018 The Galapagos Conservancy reported, “So far this year, approximately 22 tons of plastic trash has been collected in surface and submarine cleanups along the coasts of San Cristóbal, Santa Cruz, Floreana, and Santiago Islands in Galapagos.” and “At least 18 species have been recorded in the Archipelago as either being entangled by, or ingesting, plastic to date as well.” These animal behaviors are far from natural and the detrimental effects on wildlife could be catastrophic if action isn’t taken. 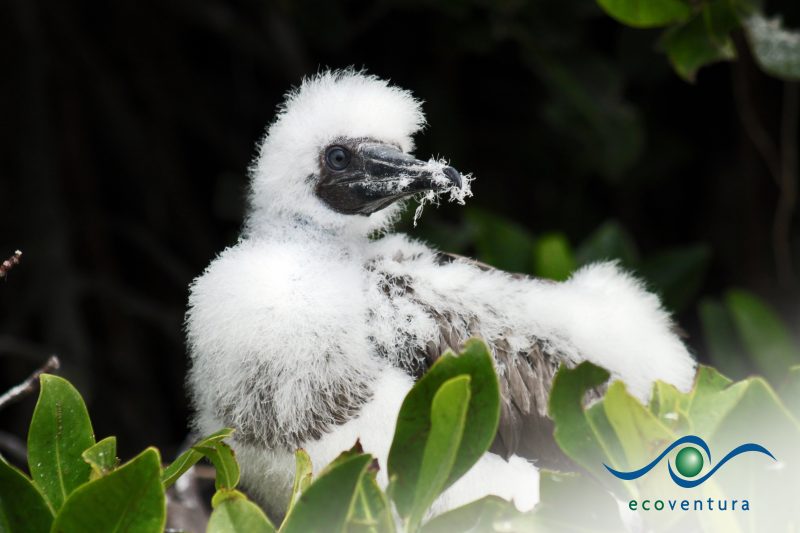 Plastic pollution is especially relevant as the number of annual visitors has been climbing drastically. Annual visitor numbers in the Galapagos Islands have increased from 12,000 in 1979 to more than 300,000—much of this increase has been in the amount of land travel. Land-based tourism is much less regulated than ship-based tourism so the sharp increase in tourism rates could be problematic for the environment without some sort of intervention.

Although recycling is a priority in the Galapagos National Park, pollution is still coming into the archipelago from the rest of the world at an alarming rate. While we cannot control the actions of individuals outside of the islands, our community can take action to start changing human behavior.

Here at Ecoventura, we have always been mindful of our environmental impact, and it is not a coincidence that our company name starts with “Eco”. We are passionate about sharing the beauty of the Galapagos Islands while also doing our part to preserve the environment. 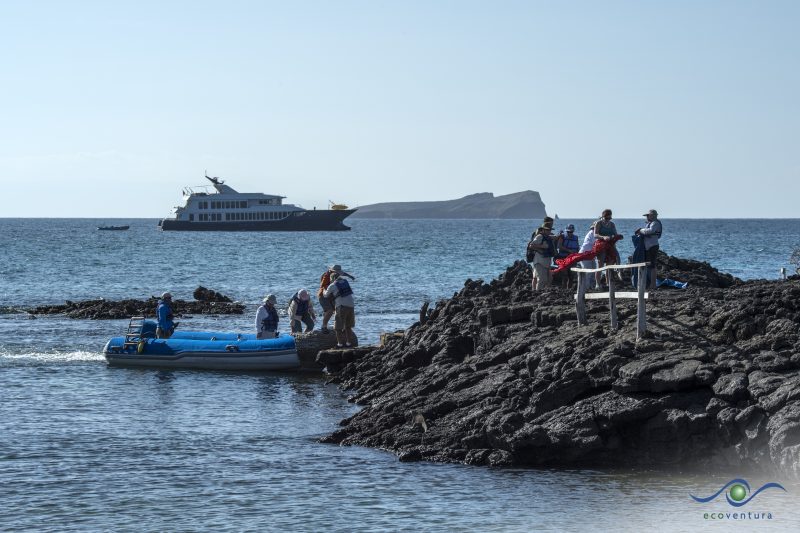 Because of our love for this planet and especially these islands, we are excited for this new ban to take effect. The single-use plastics ban will be implemented in four stages through August 2018:

We started taking action to fight plastic pollution before the single-use plastics ban was announced. Last year, we stopped using plastic straws on our vessels in favor of paper straws. We also encourage our guests to bring a reusable water bottle on their trip, and we provide bottles to anyone who needs one. 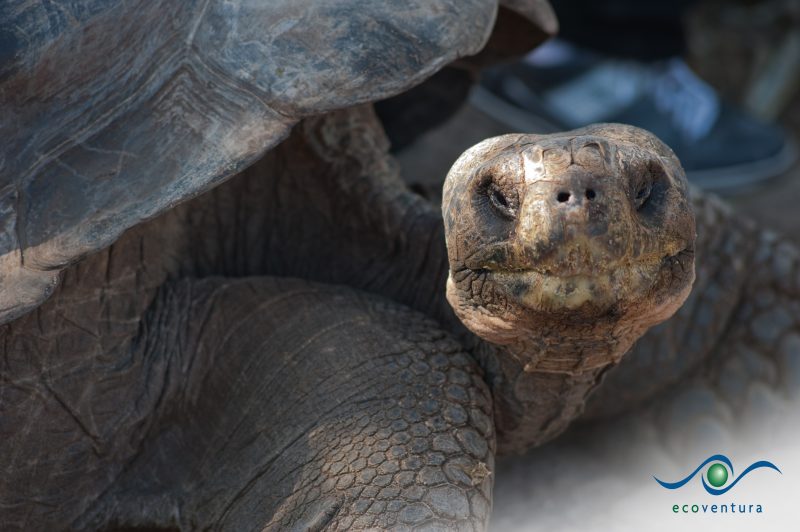 These are small steps but when we all work together those small changes can make a big difference! We also take big steps by continuing to invest our resources in conservation every year.

Some of our work includes: 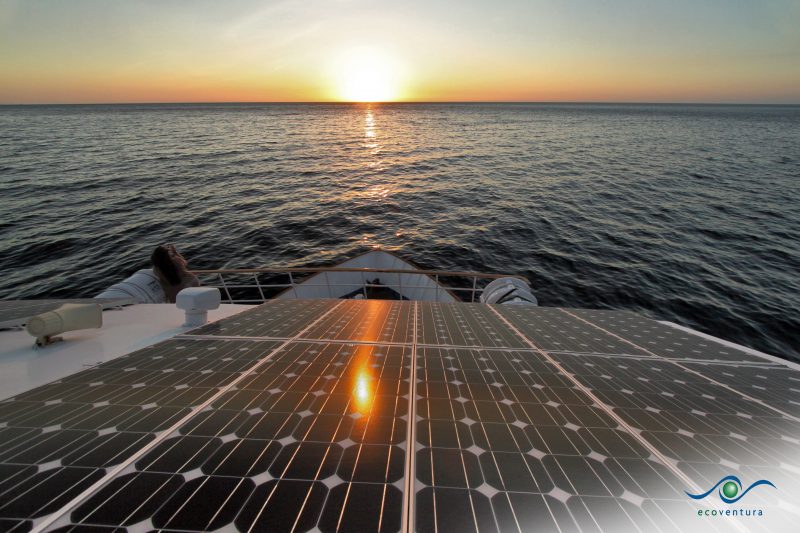 The Trust is fighting plastic pollution by working with local community groups in Galapagos to encourage the reduction in the use of single-use plastics such as plastic bags. They are also working with the Galapagos National Park and the Galapagos Science Center to identify which species are affected, where the plastic is coming from, ways to clean up the coasts, and how to best change behavior around plastic use. 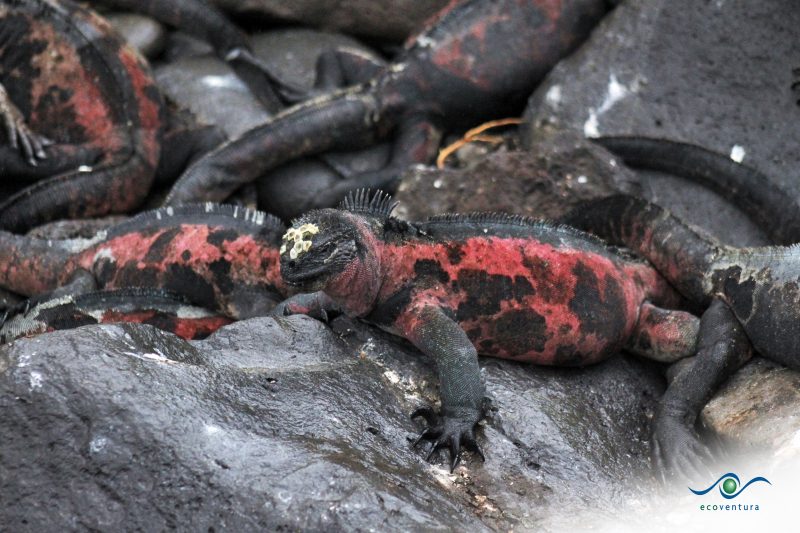 We love participating in the fundraising efforts of worthwhile Galapagos-focused organizations. The beauty of the islands and the health of this ecosystem rely in large part on the efforts of environmentalists and conservationists. The future of the Galapagos is bright with their commitment to spreading scientific knowledge, public understanding and awareness, and working to protect the fragile ecosystems and wildlife.

To learn more about our cruises and our commitment to sustainable and eco-conscious Galapagos expeditions, reach out to us today!