As our 2016 departures are coming to a close in the final months of the year, we are reflecting on what a great year it has been in the Galapagos Islands. And with the holidays (and Thanksgiving in the United States) around the corner, we have much to be thankful for.

In the spirit of ‘giving thanks’, we wanted to take this moment to highlight some of the Ecoventura crew that help make our cruises so memorable for passengers.

One group in particular is our Naturalist Guides. 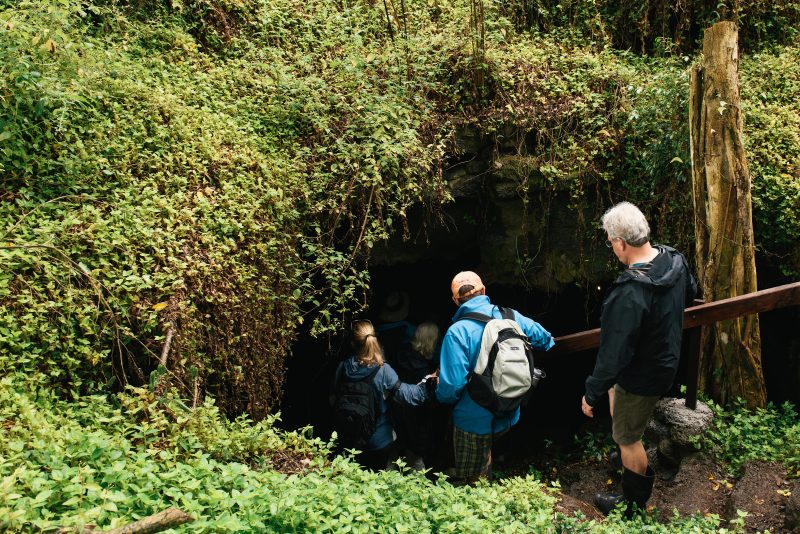 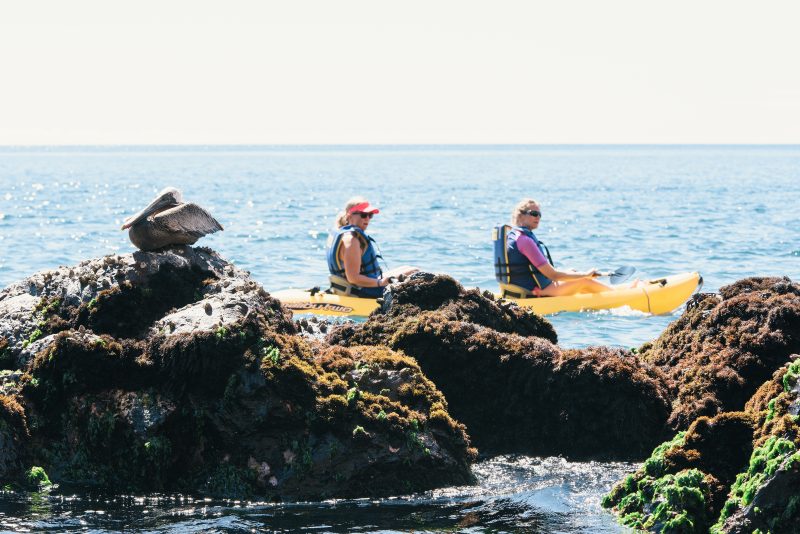 Our Naturalist Guides (all fluent in English) are passionate about sharing their expertise and deep knowledge of the Galapagos Islands with you. These carefully vetted guides are the best in the business and 100% dedicated to helping you soak up as much of the islands as possible!

Ecuadorian born, “Ceci” spent 15 years living in Toronto Canada. It is here where she earned a bachelor’s degree in Business Administration. After completing a training program with the Galapagos National Park Service and the Charles Darwin Research Station, she obtained her Naturalist Guide license and guided for nine years, until 2001. She took a break to have two children, but return to guiding in 2008 to work in the place she loves the most. Ceci’s favorite activity while guiding is snorkeling, but she also has a special interest in reptiles and is enthusiastic about sharing the Galapagos with our guests. “If you love wildlife, people and photography, this is the ideal job for you,” she says. “I feel blessed and honored to work in one of the most pristine places on Earth.

Born in the United States, Yvonne grew up in Guayaquil, where she graduated from the German Humboldt School. After spending time in Germany and completing studies in German, French and Spanish, she moved to the Galapagos and became a Naturalist Guide in 1984. Since then, she has worked without interruption and has earned recognition from both the Charles Darwin Foundation and also by the Galapagos National Park. Over the course of her career, she has completed numerous professional development courses run by the park and has assisted Dr. David Anderson (Wake Forest University) with scientific research on Nazca boobies and albatrosses. Yvonne is the founer of local swimming and sailing clubs and helps organize the Galapagos Triathlon and the Galapagos Challenge. She is also a member of the Scalesia Foundation, which promotes educational improvements in the Galapagos. 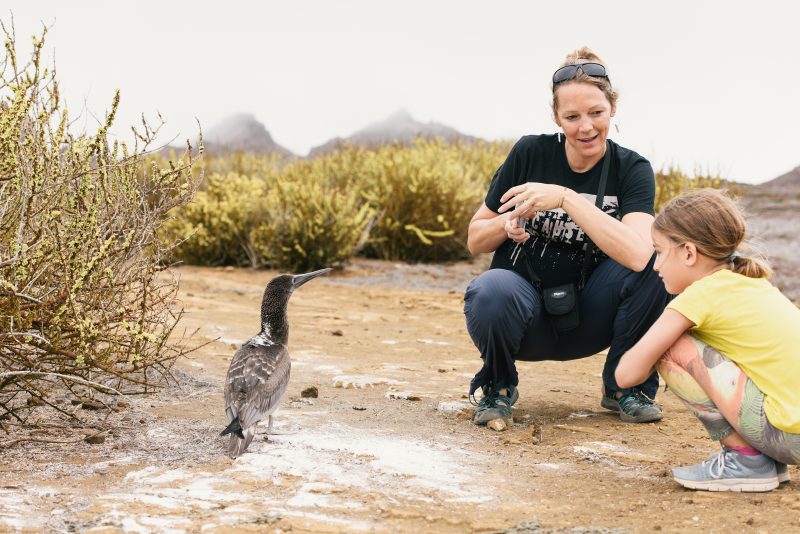 Part of the third generation of a local family from San Cristobal, Gustavo was raised in Guayaquil, but has always maintained close links to the Galapagos. His father worked as a tour boat captain, and Gustavo considers himself blessed to have been exposed to nature from the age of seven. An industrial engineer by training, Gustavo has been a naturalist guide for the Galapagos National Park since 2005 – one of the very best experiences of his life.

Ivan studied Environmental Management and Tourism at the University of Babahoyo and also completed a seminar on photography techniques. An accomplished diver, he is certified as an SSI Scuba Instructor and a PADI Master Scuba Trainer, as well as Emergency First Responder Instructor. He enjoys swimming, diving, snorkeling and kayaking. He is also an accomplished musician and often entertains guests with his original songs.

Gaby has two degrees from the University Estatal Guayaquil with a BS in Science Education and a Teaching degree with an emphasis in Chemistry and Biology. Her love for nature motivated her to become a naturalist guide in 1990 and she has been committed to the conservation of the islands ever since. She was able to further her career with courses in tourism management, literature and human relations. Gaby received a scholarship from the University of Northern Iowa and is fluent in English and also German. She is a natural born teacher and naturalist guide and she enjoys the opportunity to show the Galapagos to our guests and inspire them to help to conserve our world. 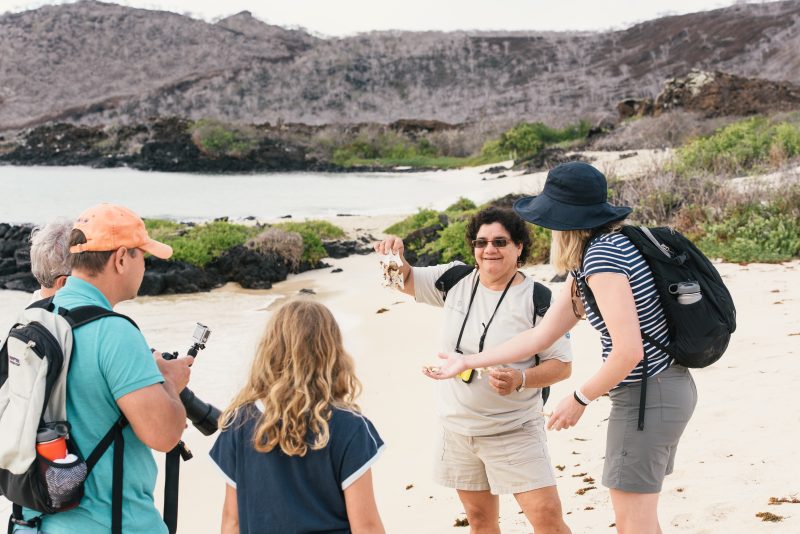 Jose is a 5th generation decedent from the island of San Cristobal.  He studied in Guayaquil at the ESPOL University and graduated in 2006 with a degree in Tourism Management.  Other than spending quality time with his lovely wife and handsome son, his favorite activities include soccer, swimming, snorkeling, scuba diving, surfing and tennis.  Jose enjoys guiding as a freelance and sharing his knowledge and all the wonders of his birthplace with visitors from around the world.

Pepe completed his courses with the PNH including interpretation Techniques and Footpath Analysis of PNG. He was born in Loja, Ecuador and grew up in San Cristobal Island where he fell in love with nature and decided to protect this unique place becoming a Naturalist Guide. At the age of 18, Pepe studied at the University of Guayaquil and got his degree in Hotel Management. He took English courses at the SECAP institute. Pepe is studying computer science and Italian language now. In 1995 He became a member of FEDEGAL which is a foundation that helps with the conservation of Galapagos Islands. Pepe used to work as a free lancer for many different ships and he became part of our team in 2002. Pepe is a very popular guide and likes to tell passengers stories about the enchanted Galapagos Islands. Preferred topics for discussion include: geology (islands, volcanoes and rocks), astronomy and giant tortoises. When he is not guiding, he enjoys chess, playing the guitar and swimming with sharks.

Magdalena studied Tourism Professional Guide at the Universidad Internacional del Ecuador and also took courses on Interpretation Techniques in the PNG. Her favorite Galapagos topics of conversation include: sea currents, geology and the marine reserve. When Malena is not guiding, she manages her family’s hotel on the Island of San Cristobal. She also enjoys reading, music and fishing. 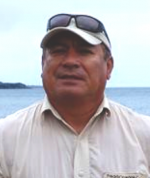 Freddy calls the Galapagos his home where he grew up through high school.  He attended college in Quito and then got a job working for the Charles Darwin Research Center, working with the scientists from around the world.  Here is where he developed a keen interest for wildlife, which motivated him to take the Naturalist Guide Course given by the Galapagos National Park in 1984. Since that time, he has been guiding visitors in the Galapagos.

He enjoys water activities such as surfing, snorkeling and fishing, and spends time riding horses and donkeys on a family farm in the highlands of Santa Cruz when on vacation.  Currently, Freddy lives in Guayaquil with his family where his children, now in college, have better educational opportunity. When they are finished with school, he plans to return to the Galapagos Islands.

Billy is a passionate and experienced naturalist who was licensed by the park in 1989 after finishing his degree at the Universidad Central Del Ecuador where he studied Chemistry and Biology.  He also studied Environmental Sciences at the Universidad de Guayaquil.  His unlimited passion for Galapagos is demonstrated by his multiple interests including  certification as a TDI Scuba DiveMaster.  Billy traveled for two years in Europe and two years in the US which gave him a broad range of skills to effectively lead groups of the species known as humans. His travels, coupled with over two decades of guiding make him a true expert in the field.

Animals You Can Expect to See on Your Galapagos Cruise

The Most Endangered Bird species In The Galapagos Islands