What do you think of when the Galapagos Islands come into conversation? World-class nature, an adventure worthy of Charles Darwin? How about the ultimate beach vacation?

As luck would have it, the Galapagos is blessed with extraordinary riches of stunning, world-class stretches of sand, often with only a few dozing sealions to share them with. So sit back and allow us to transport you to another world as we run through the finest beaches the Galapagos has to offer, split between the spots visited during each of our two-week-long itineraries.

Itinerary A – “Beaches and Bays”, the Southern & Central Route 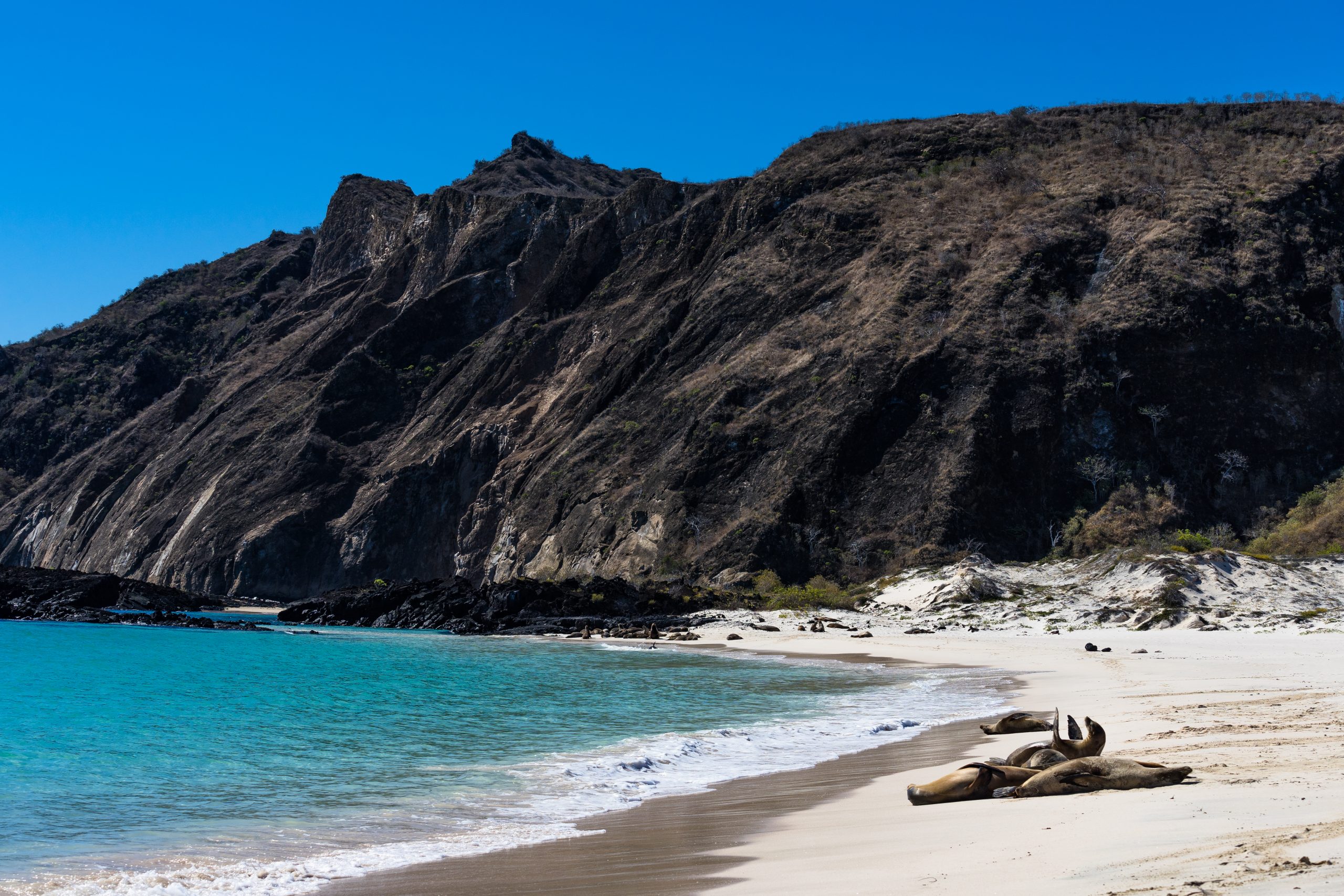 A picture-perfect stretch of white, coral sand heads up the list. Located on the north coast of San Cristóbal Island, Cerro Brujo is not only the perfect spot to catch some rays, paddle in the warm seas or try a spot of snorkeling; the beach also boasts great views of the famous Kicker Rock, whilst a nearby lagoon on the island hosts a wonderful array of birdlife. 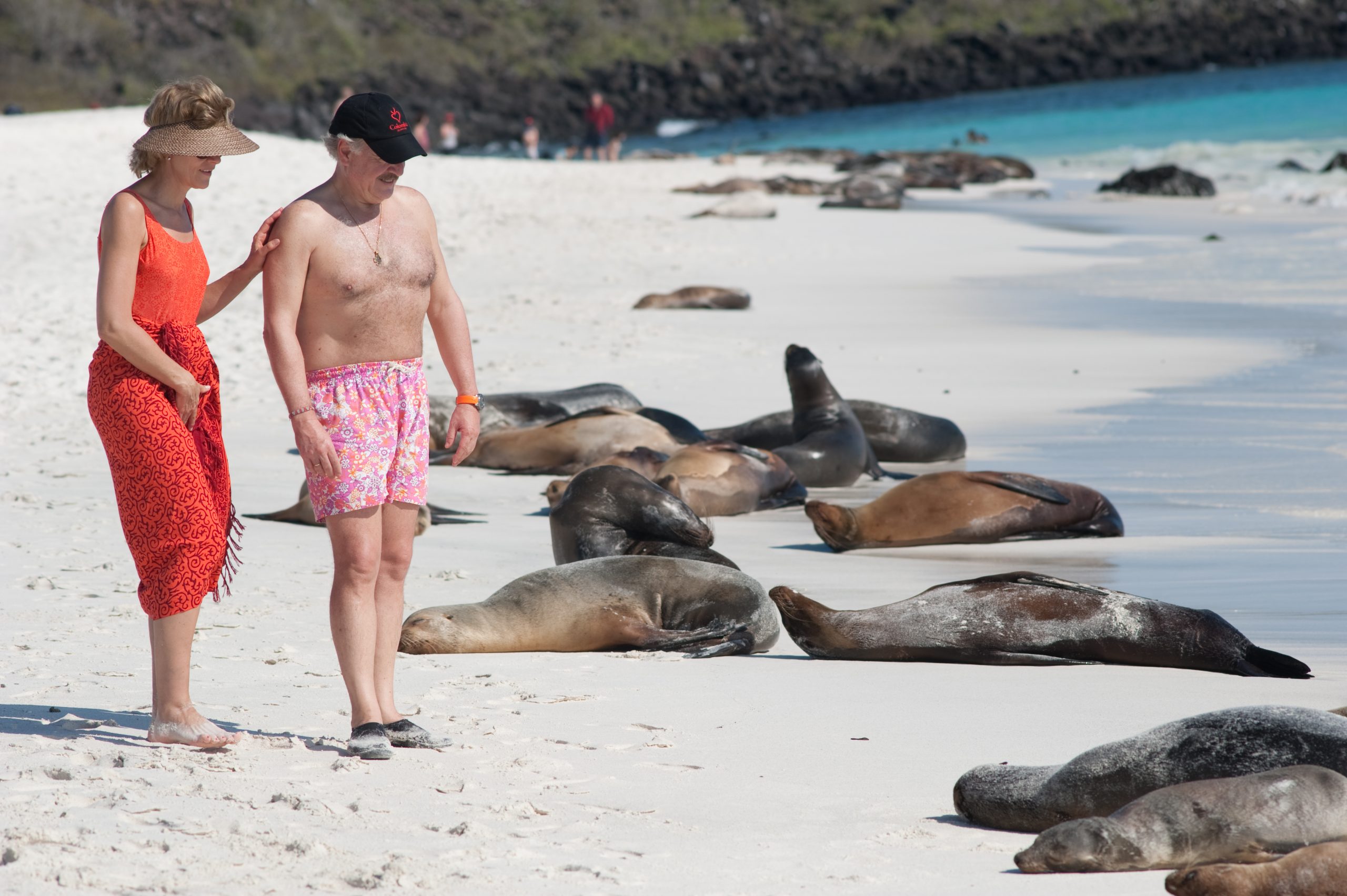 An endless strip of fine, pale sand, Gardner Bay is the longest beach in the Galapagos Islands and is widely considered to be one of the most spectacular in the entire archipelago. A favorite napping and breeding spot for sealions, visitors will be sure to encounter adults and pups lounging on the dunes or paddling in the shallows. Home also to several species of Darwin’s finches and Española Mockingbirds, the beach is the perfect spot to relax and enjoy some of the Galapagos’ most charismatic creatures; with any luck, you’ll also find sea turtles as you cool off in the waters just off the beach. 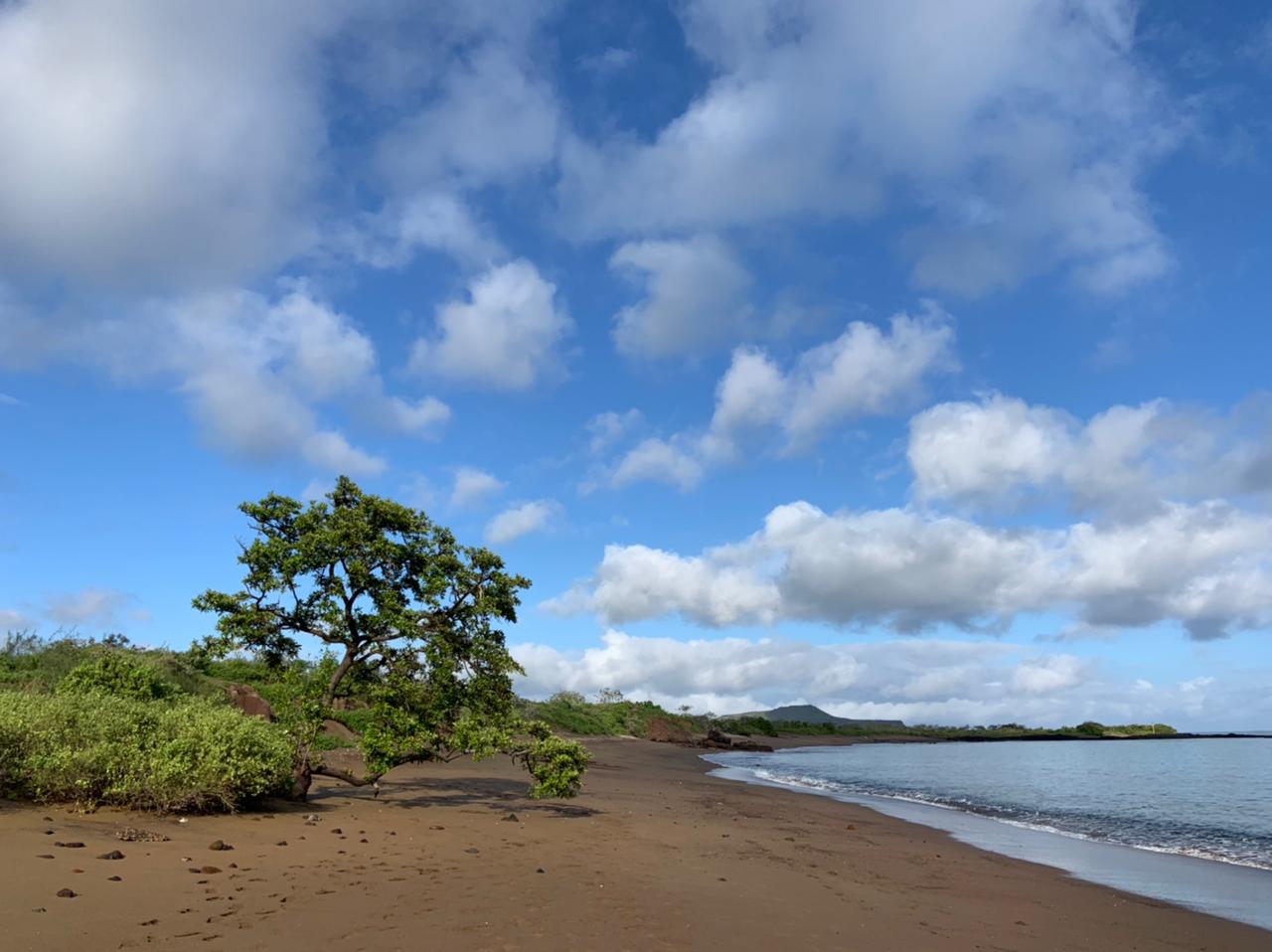 Olivine crystals give this beach its rich, olive green tinge, whilst Floreana Island is also famous for two other peculiarities, home as it was to both the very first postbox anywhere in the Galapagos, established by whalers in 1793 in nearby Post Office Bay, and the very first resident anywhere in the Galapagos. Patrick Watkins was marooned on Floreana Island from 1807 to 1809, surviving off vegetables he grew in a sheltered valley inland, which he traded for rum from passing ships; legend has it he was drunk for much of his two years on the island. Today, the island is home to recovering population of Floreana mockingbird, whilst visitors can take a short walk to a lagoon where flamingos sift through the shallow water for shrimp. 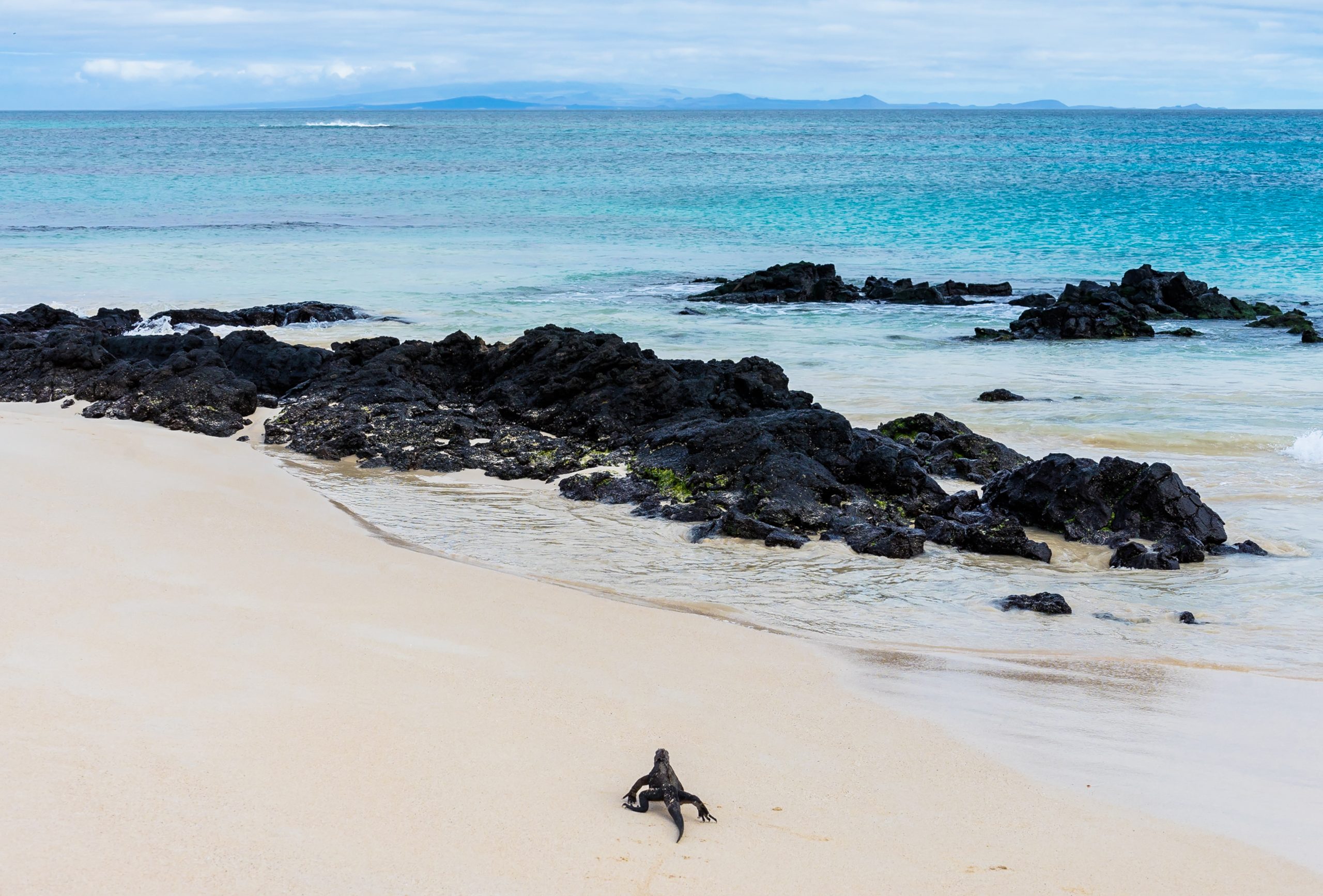 Located on the northeastern coast of Santa Cruz, Las Bachas is home to a variety of well-known Galapagos species, including flamingos, Sally Lightfoot crabs, sealions and various migratory birds. The white sand beaches, made from crushed coral, are normally deserted; an ideal spot to relax, soak up the sun, swim in the shallows and watch the birdlife in peace. And whilst there may not be many other people around, you might find yourself sharing the beach with one of the Galapagos’ more famous animal residents; this stretch of soft sand is a favoured nesting spot for sea turtles. 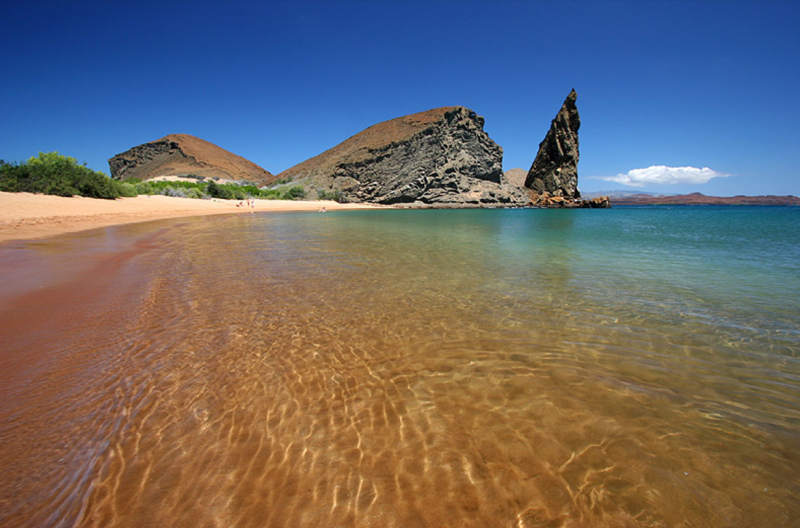 With crystal clear waters lapping the shores of this secluded beach, there are few better spots for a swim or a snorkel; after all, there’s a reason Bartolomé is considered the most photographed spot in the Galapagos. Home to Galapagos Penguins, schools of tropical fish, and the occasional reef shark, the snorkelling from Bartolomé is second to none, whilst a trek around the island also offers stunning views of the spectacular Pinnacle Rock. 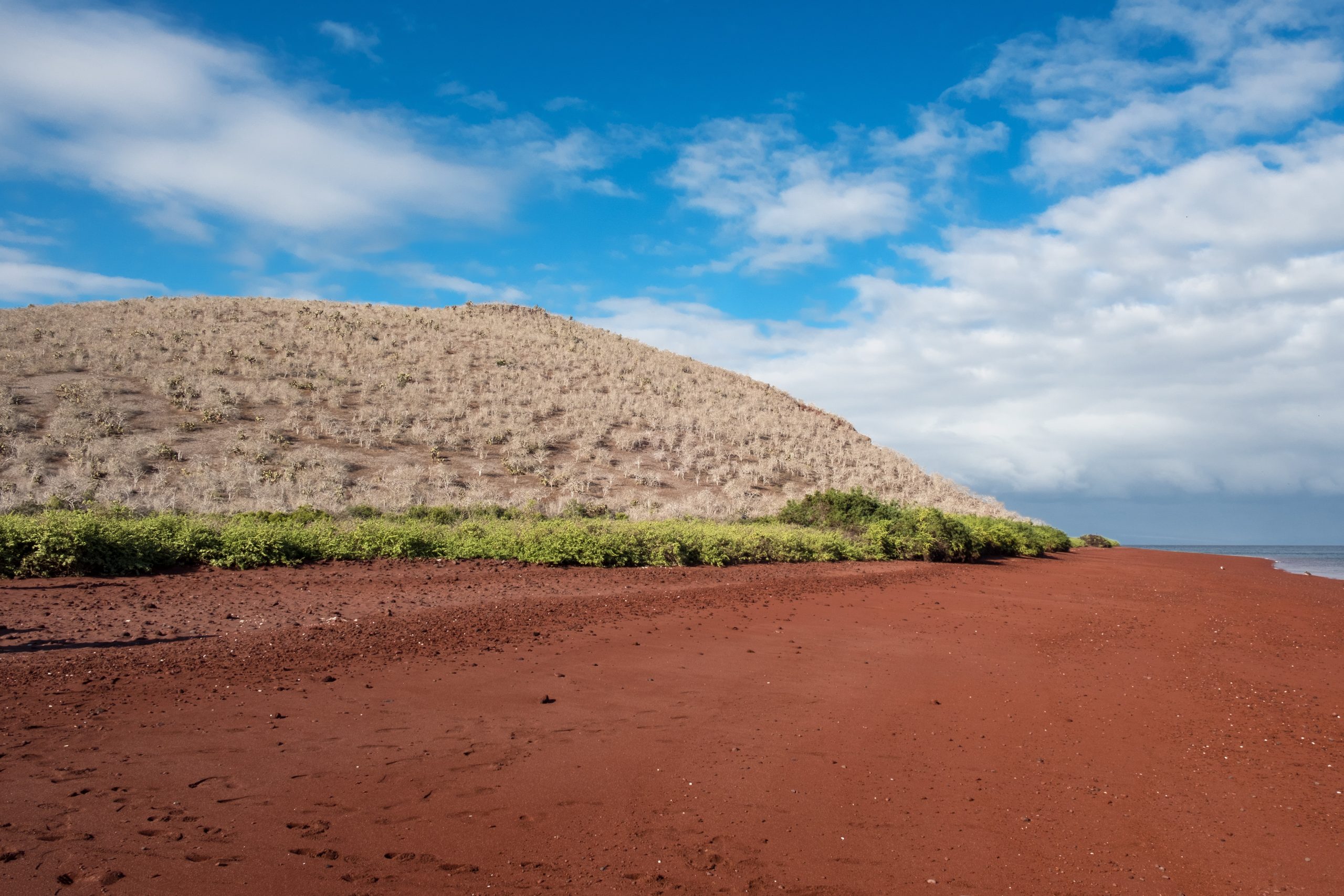 The iron content on Rabida Island, created during its formation from volcanic activity, leaves a rich red hue to the sands of Rabida beach. Forming the backdrop for many an atmospheric photo, the beach and surrounding area is a hotspot of birdlife; Darwin finches, yellow warblers, and Blue-footed Boobies and their cousins the Nazca Boobies all live in numbers on Rabida, as do Brown pelicans and flocks of flamingos feeding on pink shrimp larvae in the inland lagoons. And keep your eyes open for a Galapagos hawk! Trails from the beach wind through trails between Galapagos Cactus and Palo Santo trees; beyond the birdlife, it’s also a great spot to see marine iguanas. 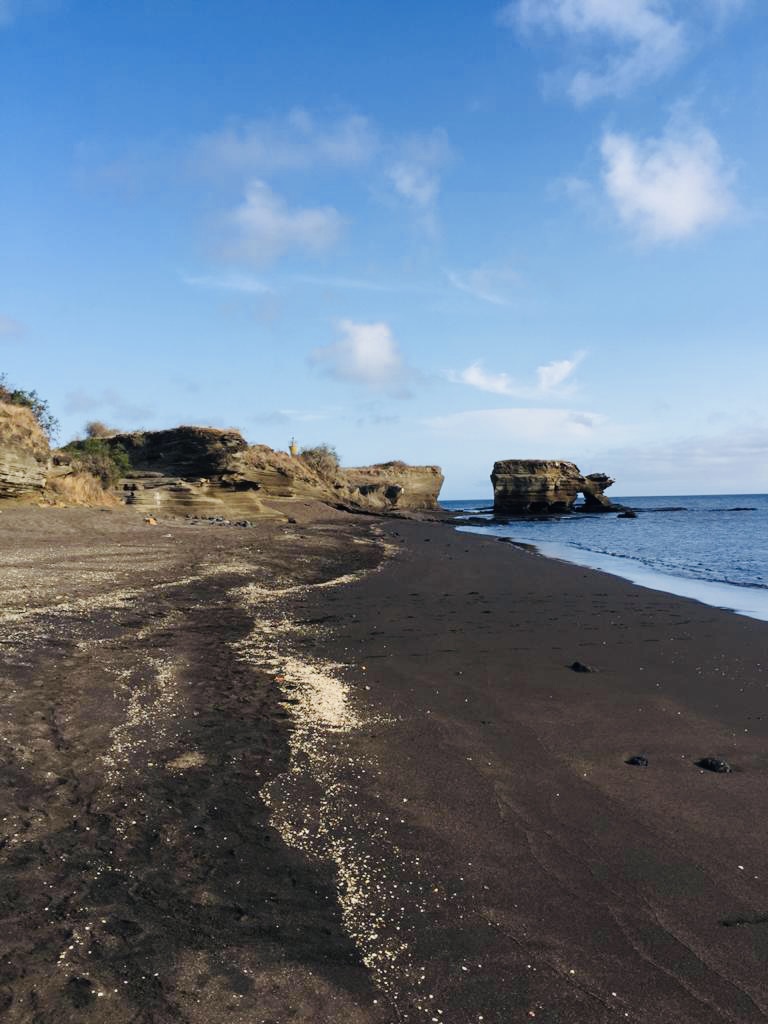 Another beach famous for its unusual coloring, the sand on Puerto Egas was formed from dried basaltic lava flows, giving the shoreline its jet black shades. Named after Hector Egas, a salt-miner who, for a time in the 1920s, extracted salt from a salt mine formed in a volcanic cone a few kilometres from the beach, Puerto Egas is now the starting point for trails leading to fur seal grottoes amongst the striking lava-flow landscapes along the coast. 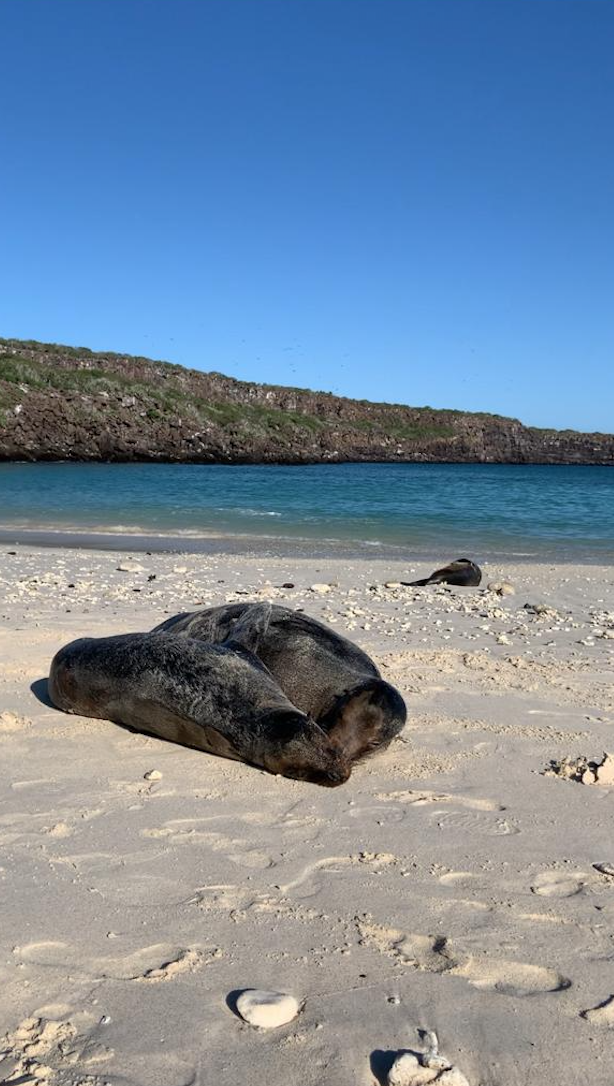 A stunning white – almost pink – coral sand beach, Darwin Bay is not to be missed for the birdwatching and snorkelling it offers. From the beach, trails lead through the nearby mangroves where Red-footed Boobies, Swallow-Tailed Gulls and Galapagos Doves nest. Explore the lava ridges and tidal rock pools to look for sea lions and other marine creatures, or take to the water with a snorkeling kit; reef fish and rays are regular visitors to this beach too!

Join us on a Focus on Photography departure in 2022