The Charles Darwin Research Station (CDRS) is a biological research station and active breeding center operated by the Charles Darwin Foundation. It is located in Puerto Ayora on Santa Cruz Island in the Galapagos Islands and is included on both of our itineraries A & B. 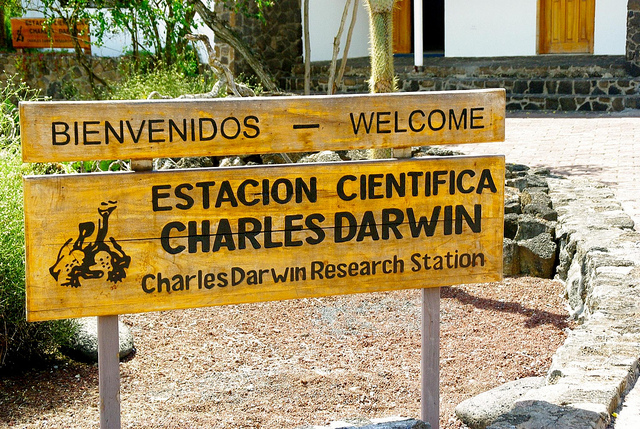 “Our mission is to provide science that will help to conserve the environment and biodiversity of the archipelago and that enables decision-makers to work towards a truly sustainable Galapagos. We are doing this within the context of dynamic changes in the commercial, political, and social landscapes of the Galapagos Islands. It is perhaps fitting that in this bastion of evolution, the Charles Darwin Foundation continually evolves as a matter of adaptation.”

What do you get to see at the Research Station?

Galapagos Islands is home to the famous Galapagos Tortoise, which fully grown can weigh up to 500 pounds and reach 6 feet in length. During your visit to the Research Station you will get to see tortoises at all stages of growth from unhatched eggs to full-grown adults.

Baby tortoises hatch after four to eight months in the egg. They are extremely small and vulnerable when they first hatch, weighing as little as 50 grams (1.8 oz) and measuring 6 centimeters (2.4 in). Most of our guests love seeing the huge tortoises start out so small and learn about the incubation, hatching and growth stages of the tortoises. 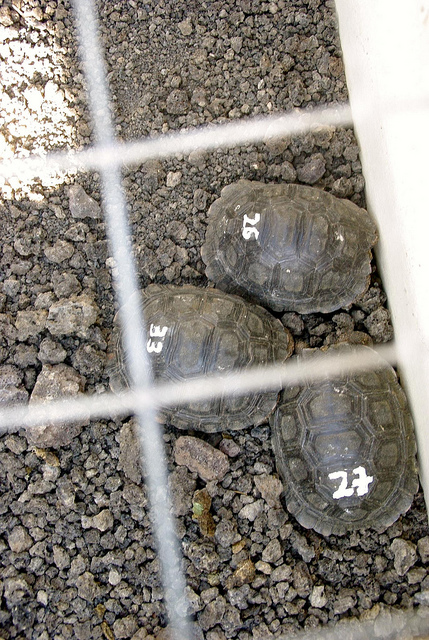 These slow-moving animals were easy prey for pirates and colonists who used them for food and money which led to a threatening decline in numbers in the late 1970’s. This is why today great care is taken to ensure the Galapagos Tortoises bring their numbers back up. The hatcheries help make sure the tortoises get to a big enough size to where they have a better chance of surviving once released back to the island. 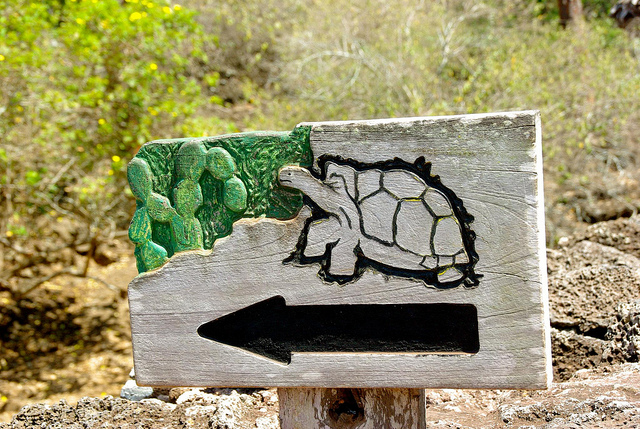 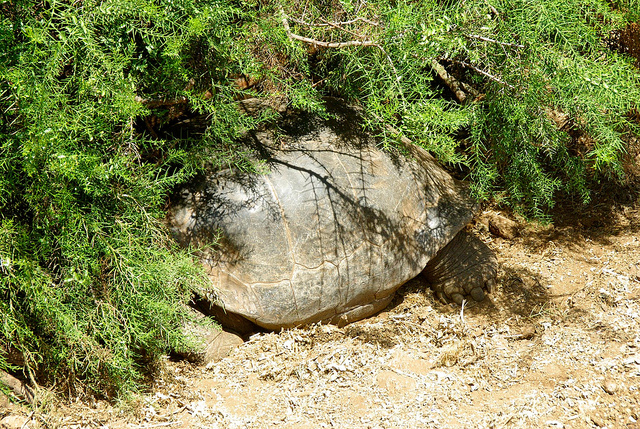 The tortoise size and shell shape varies depending on where they live. The shell is made of bone and is a dull brown color. Their ribs, backbone and breastbone have become part of the shell which is why you can never separate the tortoise from its shell. The only natural predator of the Galapagos tortoise is the Galapagos hawk. The hawk preys on the eggs and the newly hatched tortoises. 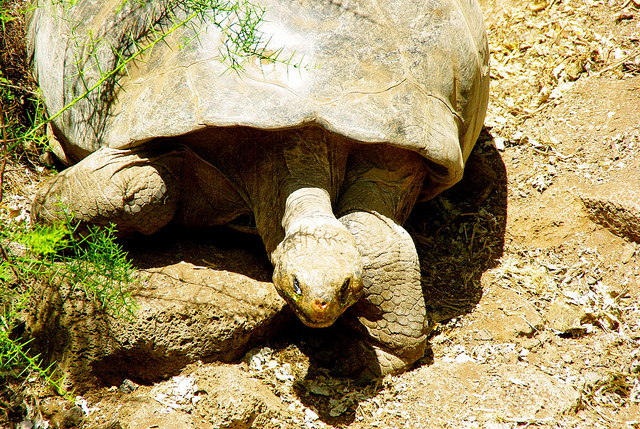 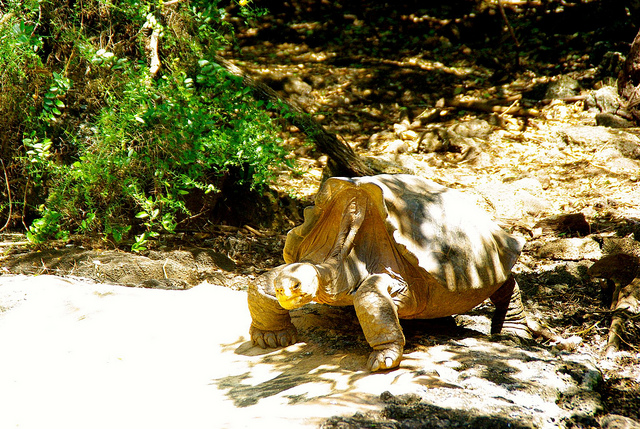 If a fight breaks out between males, the tortoises face each other, open their mouth and stretch their head as high as they can. Whoever reaches the highest wins. Occasionally they will bite at each other, but usually the shorter male will turn and run away or pull his head into his shell with a hissing sound, ending the battle. These fights usually occur over mates or food and are serious events for the tortoises. 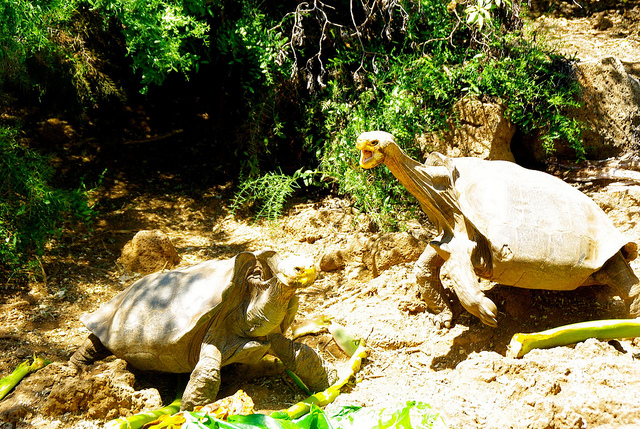 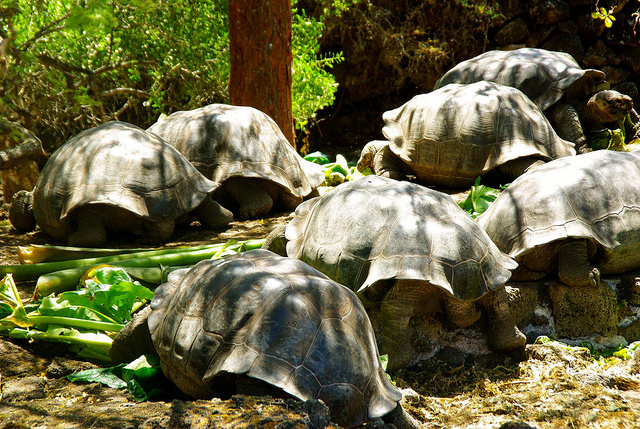 Lonesome George is the most famous tortoise of them all! He became the face of the Galapagos Islands and an icon for conservation. After the drastic decline in subspecies, Lonesome George was the only known living individual from his specific subspecies until his recent death in 2012. The loss of any subspecies is seen as a tragedy by biologist and the general public and Lonesome George will definitely be missed! You don’t only find Galapagos Tortoises at the Charles Darwin Research Station, you also get to see the Galapagos Land Iguana. Wild dogs that were brought to the island almost killed a colony of over 500 land iguanas in 1970’s. The Research Station was able to rescue 60 survivors and in an effort to re-build their population, they began a breeding program for iguanas in Santa Cruz. This breeding program is still active today! 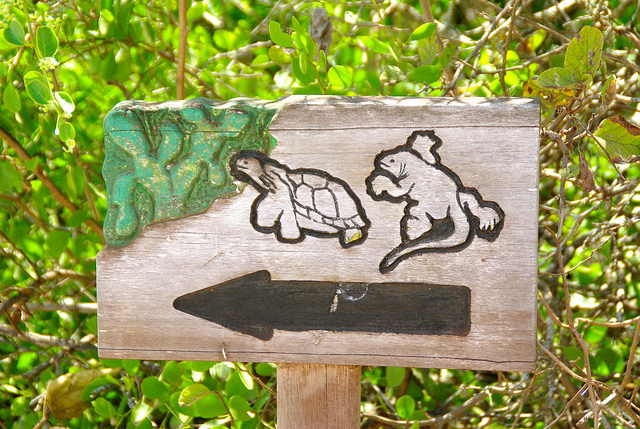 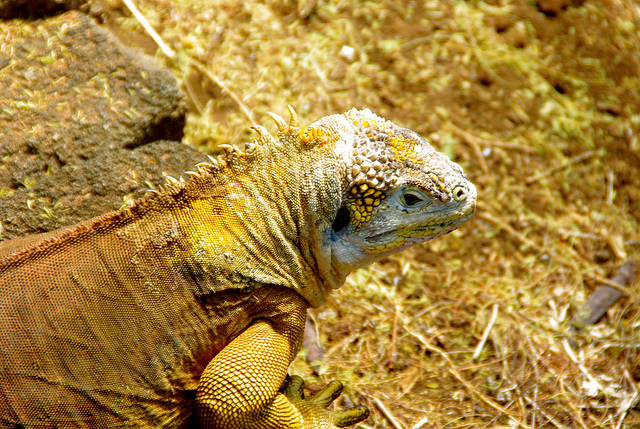 Watch your step and don’t expect all of the animals to be in designated areas, here is a friendly snake we found on our walk through the Research Station. A visit to the Galapagos Islands is not complete without stopping by the Charles Darwin Research Station and gaining an understanding of the extensive conservation efforts that have gone into maintaining and improving the environment and biodiversity in the Archipelago.

Have you been to the Research Station? What did you enjoy most from your visit?

The Top 10 Adventures On a Galapagos Cruise