We don’t want you to sit on the sidelines when you come to the Galapagos, we want you hiking, swimming and interacting with our beautiful Islands. Bring your camera and your sense of adventure and be ready to get up close with the most unique wildlife you’ve ever experienced.

When you get closer to the wildlife, you look at the animals with a new set of eyes. You are able to see every characteristic that makes them one of a kind. You learn more about the history of the land and what it has been through to get to where it is today.

Listen closely to your naturalist guides and ask questions, because these unique animals have adaptations and habits that make them stand out from animals around the world. This is why you travel to the Galapagos, to have up close encounters with the beauty of nature.

Let’s start by getting up close with some of the wildlife and learning a few new facts! 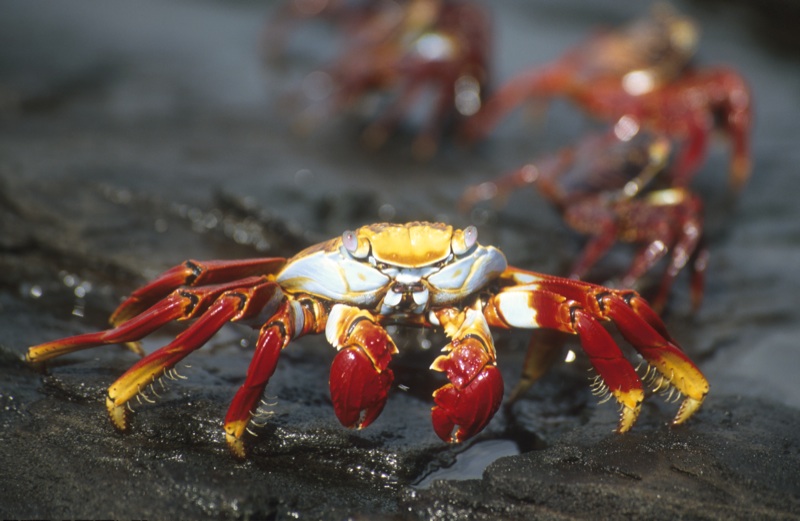 As you watch the powerful waves crash over the Sally Lightfoot Crabs as they feed, you will see them flatten their bodies to the lava rocks and hold on tight. They are able to withstand the waves with only their 5 pairs of legs, (the front two are known as pincers). 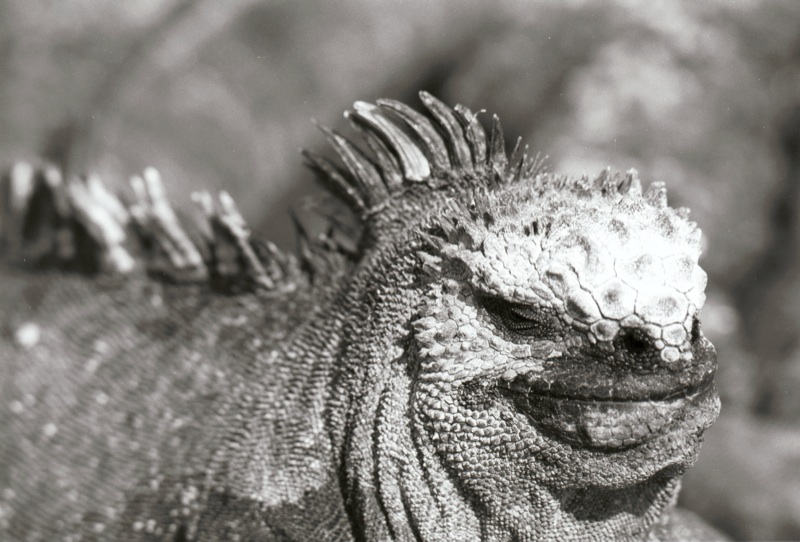 Up close marine iguanas aren’t considered pretty. Their heads are encrusted in salt thanks to special glands that clean their blood of extra salt they ingest while eating. If you get too close you might get a salt rocket sent in your direction as the iguana continually works to expel the salt. 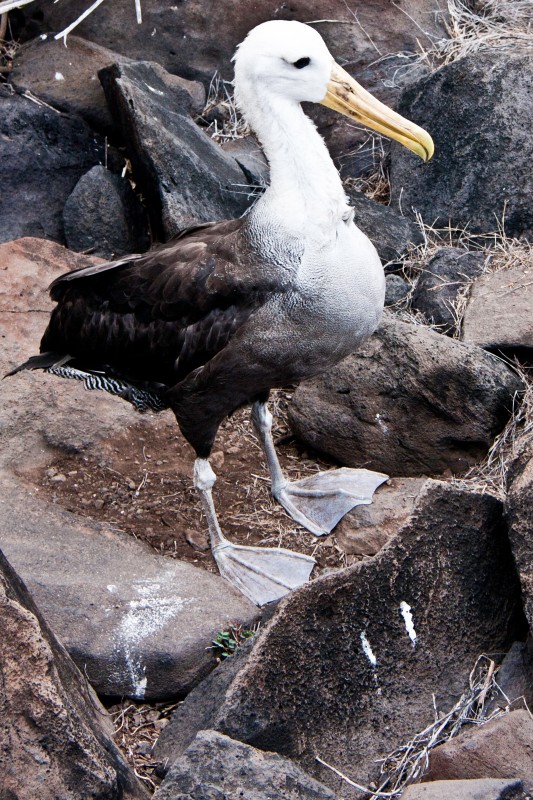 On the ground, waved albatrosses may appear clumsy as they walk, but in the air they soar gracefully. They are one of the largest birds in the Galapagos with an impressive wingspan of 7 – 8 feet! You can’t miss their bright yellow bill that looks disproportionately large compared to their smaller head. 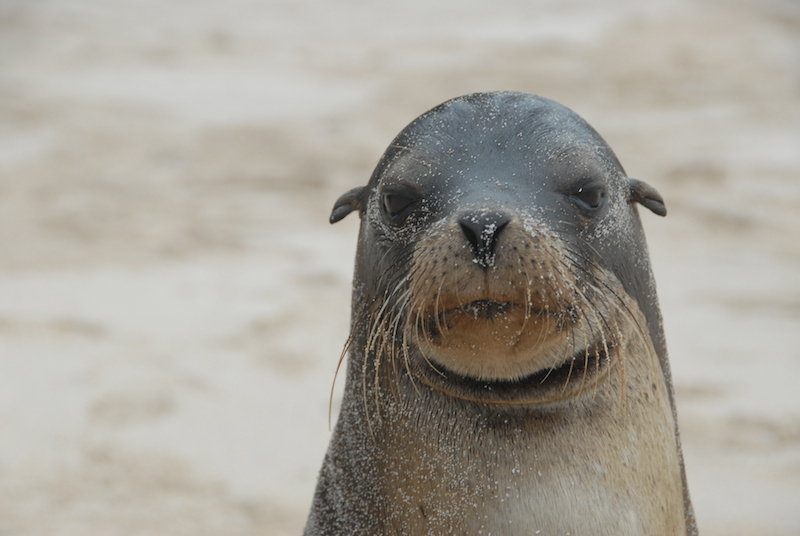 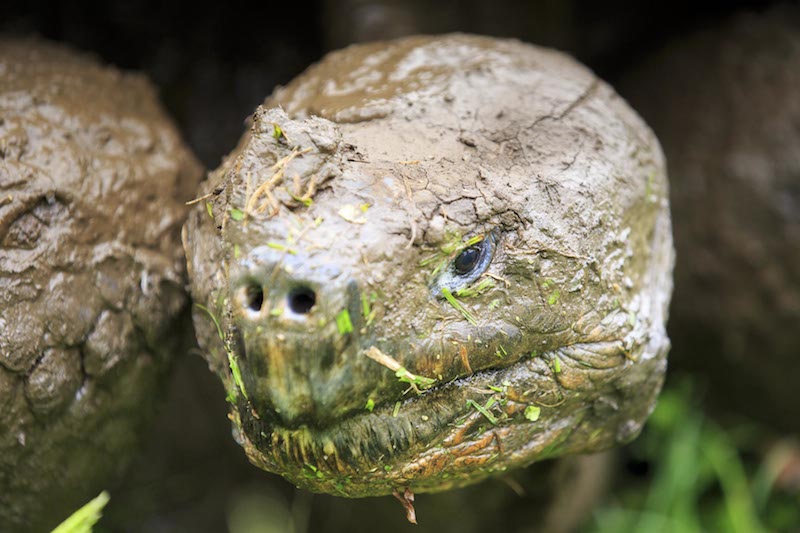 Charles Darwin stated, “The inhabitants believe that these animals are absolutely deaf; certainly they do not overhear a person walking near behind them…”.  Although Galapagos Tortoises are not deaf, they depend on their vision and smell senses much more than hearing. 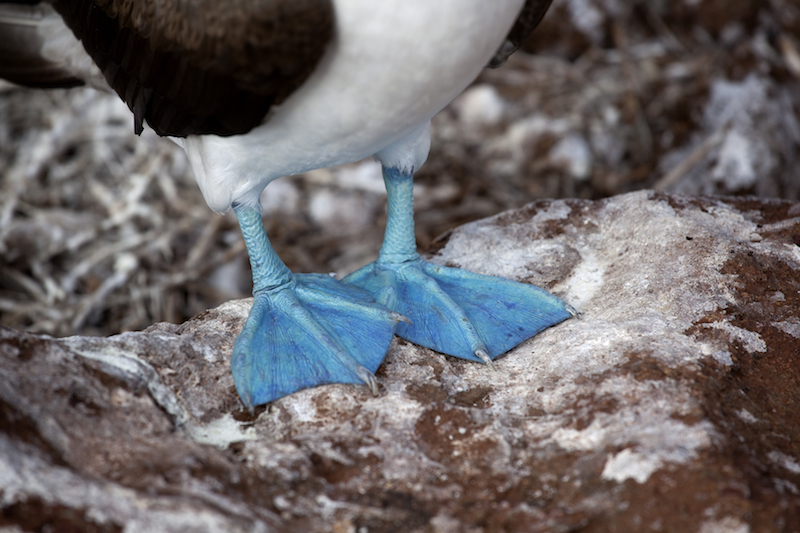 The bluer the feet of the blue footed booby, the easier he will be able to find a mate. Males display their feet in an elaborate mating ritual dance by lifting their feet up and down and strutting in front of the female. These same feet are also used to cover their young and keep them warm. 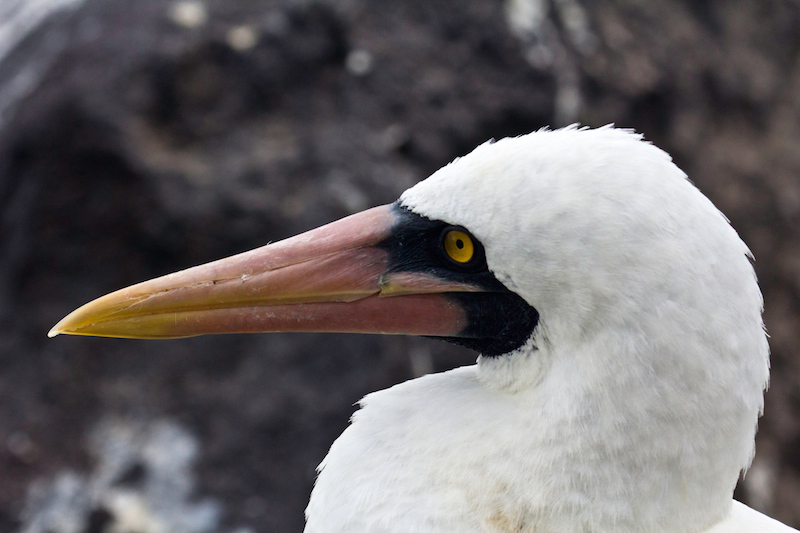 A Nazca booby’s bill color can vary between populations on different islands but usually the males have a bright orange color and the female’s bills are a rosy pink or pinkish-orange color. Nazca boobies are also the biggest of the three types of boobies you will find in the Galapagos.

These are only a few of the animals the Galapagos is home to. We will continue to share interesting facts about other unique animals as we have more close encounters with the Galapagos wildlife!

Make Your Next Trip a Multi-Generational Vacation

The Search for Boobies in the Galapagos Islands