Kicker Rock, is an iconic landmark of the archipelago, and one you won’t want to miss when you visit the Galapagos. In Spanish it’s called Leon Dormido meaning sleeping lion, which it’s said to resemble when viewed from the south. The two massive volcanic rock towers stand 500 feet out of the ocean, representing the remains of a lava cone, now split in two. 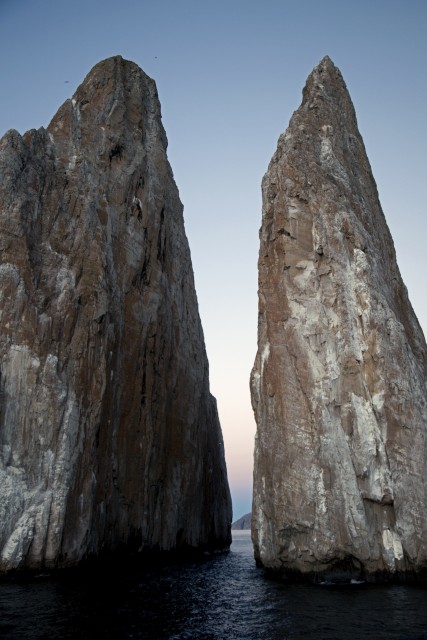 This famous spot is located 4 miles from the Coast of San Cristobal and is especially memorable when viewed as the sun sets, lighting up the rocks and all of their intricate colors. Our cruises always arrive in the late afternoon and circle Kicker Rock as our guests watch the sun drop behind the rocks and take breathtaking photos to bring home with them as a great memory of their trip. 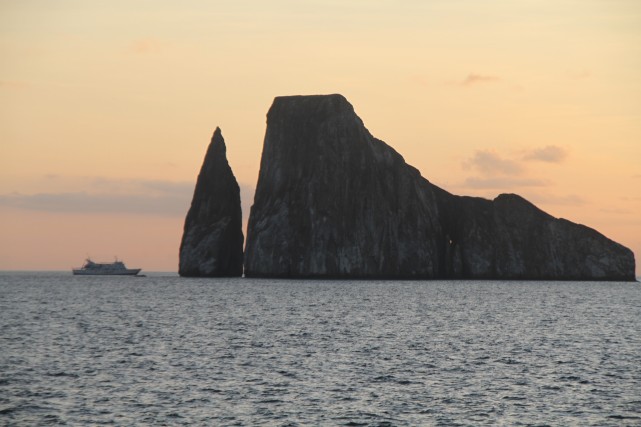 Galapagos Sharks are known to live in the gap between the two rocks, and hammerheads are frequently seen along the backside. From the boat you can see turtle heads pop up everywhere, and bird nests take over the cliffs, specifically Kicker Rock is a popular site for Nazca Boobies, Blue-footed boobies and Magnificent Frigate birds. 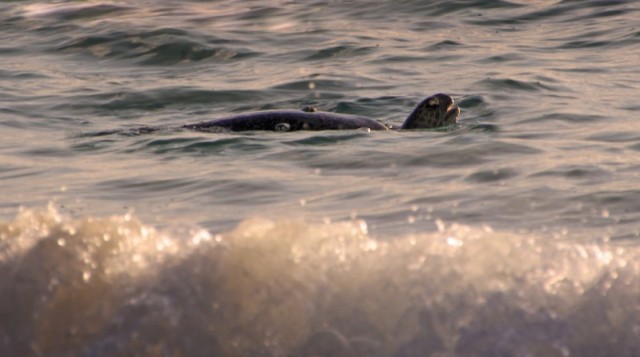 The mix of the Panama current that brings warm water from the north, and the colder southern current is what makes Kicker Rock an attractive place for sharks and one of the top dive sites in the Galapagos. It’s one of the most spectacular rock formations and sites our guests look forward to seeing while  exploring the Galapagos.

Don’t forget your camera and grab a good spot on the observation deck as you end the day with the sun setting over one of Galapagos’s most famous landmarks. 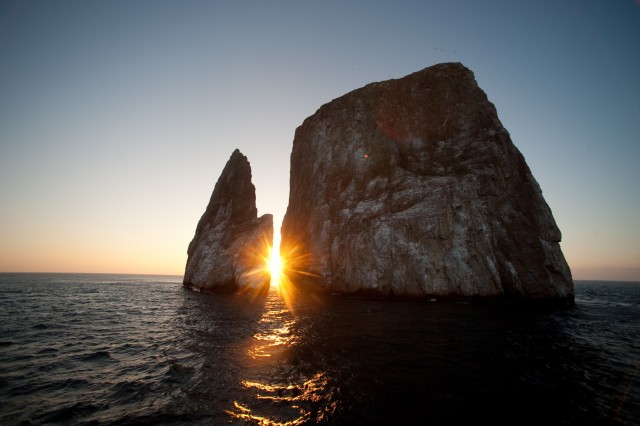 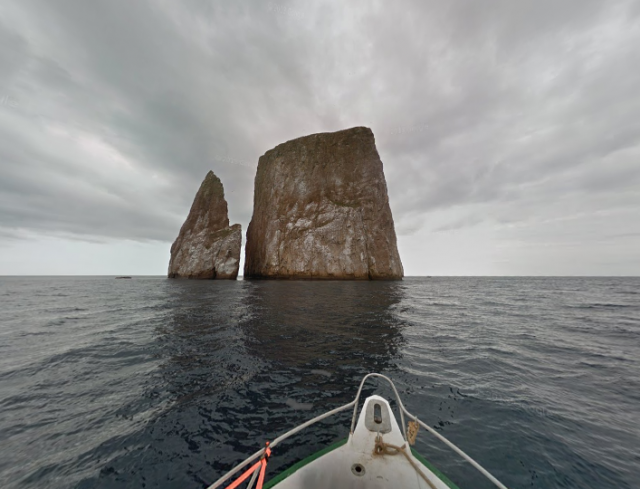 Our Itinerary A visits Kicker Rock after spending the day at Punta Pitt near San Cristobal. 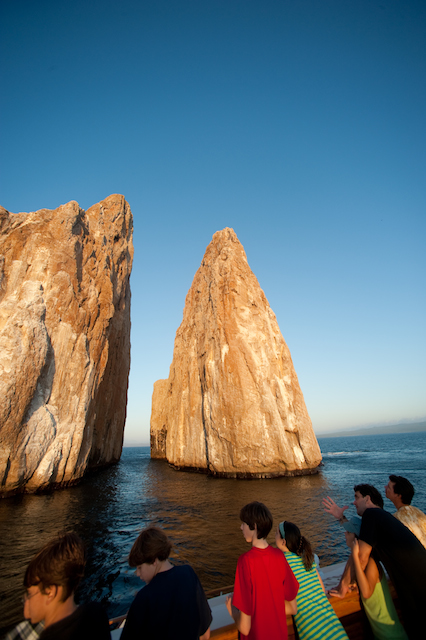 Travel Tips for Your Family Vacation to the Galapagos Islands

When Exploring the Galapagos which is Best - by Boat or Land?