“The purpose of World Oceans Day is to mobilize and unite the world’s population on a project for the sustainable management of the world’s oceans.” – United Nations

June 8th marks World Oceans Day, an important reminder of the major role our oceans play in the wellbeing of the entire planet.

“They are the lungs of our Planet and a major source of food and medicine and a critical part of the biosphere,” says the United Nations. “The purpose of the Day is to inform the public of the impact of human actions on the ocean, develop a worldwide movement of citizens for the ocean, and mobilize and unite the world’s population on a project for the sustainable management of the world’s oceans.” 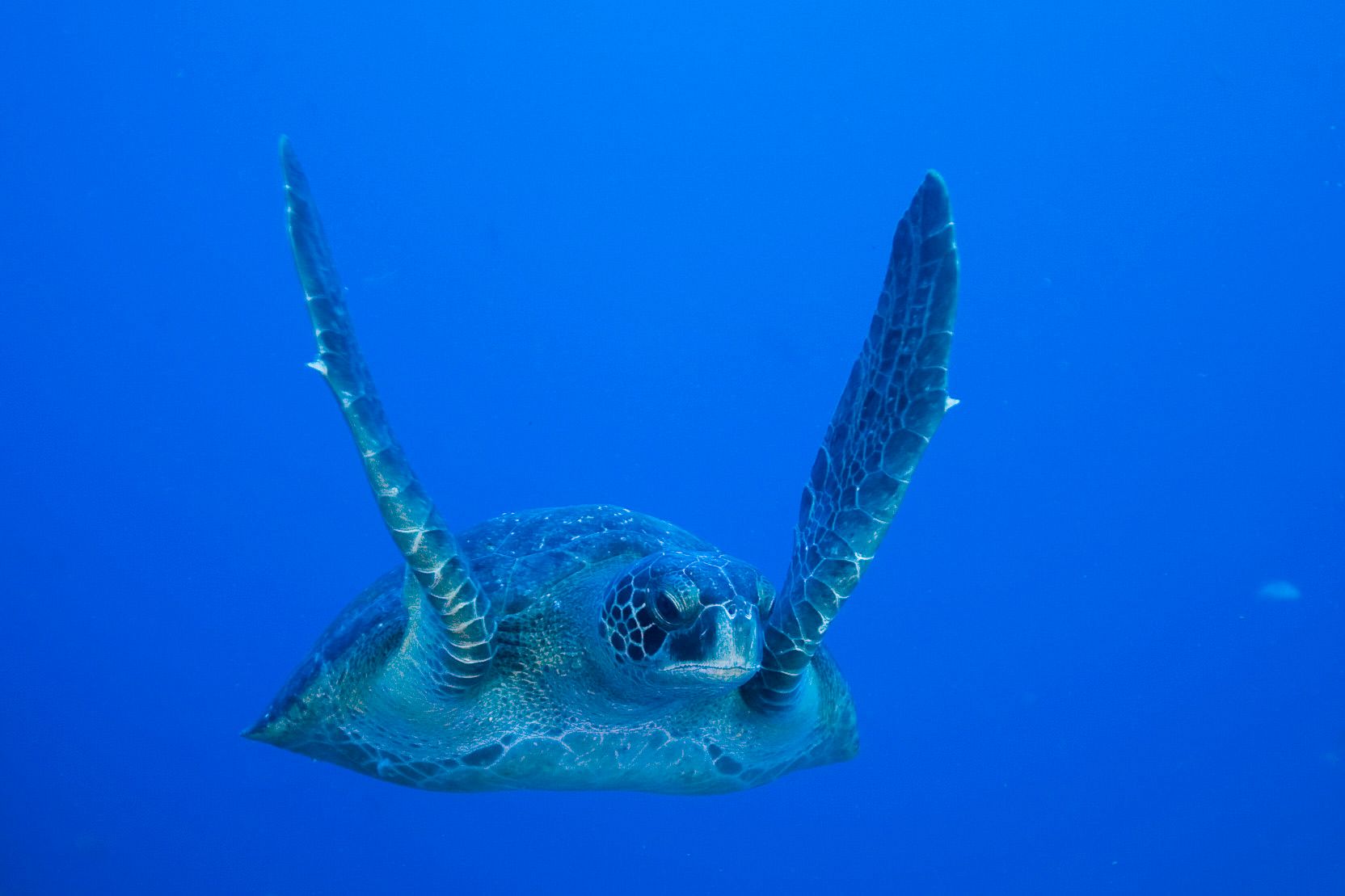 So, what is Ecoventura doing to protect the oceans?

Operating small, low-impact expedition yachts around the waters of the Galapagos archipelago means that every day is Oceans Day for the Ecoventura team. We are acutely aware of the importance of protecting the biodiversity that surrounds us and provides livelihood for 80% of the Galapagos population who work in some way connected to tourism.

From daily rituals like making sure our crew have nets to scoop up any plastic they may see floating in the waters whilst carrying out excursions, to a company policy of zero single-use plastics aboard our vessels, we also extend the protection of the oceans to our menus making sure our chefs use non-endangered shellfish and source local ingredients. 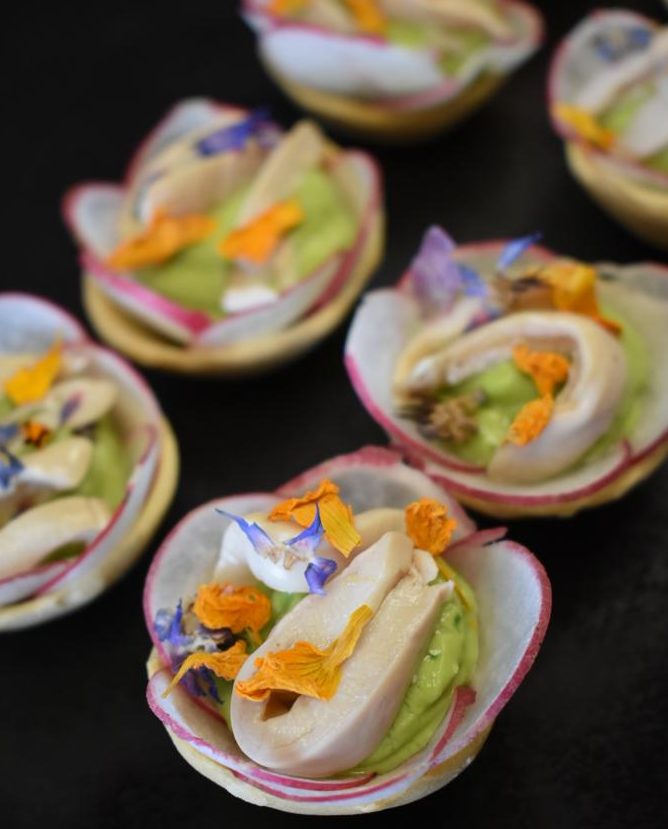 The above photo was created by Chef Francisco Vintimilla and shows a Canchalagua Canape made using a typical, and plentiful, shellfish found in the Galapagos waters. It has a crust with avocado sauce, Canchalagua and a garnish of organic flowers.

“We chose to celebrate this shellfish because it is originally from the Galapagos Islands. We are supporting local fishermen who extract this mollusc through artisanal methods in smaller boats only at night and at sites away from population,” says Denise Chalela, Ecoventura Quality Coordinator.

As part of Relais & Chateaux, our luxury yachts Origin and Theory, are among 200 members celebrating World Oceans Day with an “Ode to Shellfish”, supporting bivalve farmers who are part of a growing sustainable blue economy, which is in direct response to the United Nations’ theme of The Ocean: Life & Livelihoods.

Established by the United Nationals in 1992, World Oceans Day is celebrated on June 8th each year. 2021 sees the initiation of a new theme of “Ocean Science for Sustainable Development” which will span the entire decade to 2030. A special hashtag has been created for the theme – search #Oceandecade on social media for more.

The idea behind creating a specific theme is to channel and focus our efforts which can sometimes seem overwhelming. The UN is urging the ocean science community to achieve sustainable goals globally, regionally, and locally. In Ecuador, the goal is to deliver co-designed, solution-oriented research that will lead to transformative action of public policy with long-lasting benefits to the marine environment and society. A second hashtag for those interested in further research is #SaveOurOcean. There is also a dedicated website, see here: World Ocean Day – Uniting Ocean Action Worldwide on 8 June Every Year 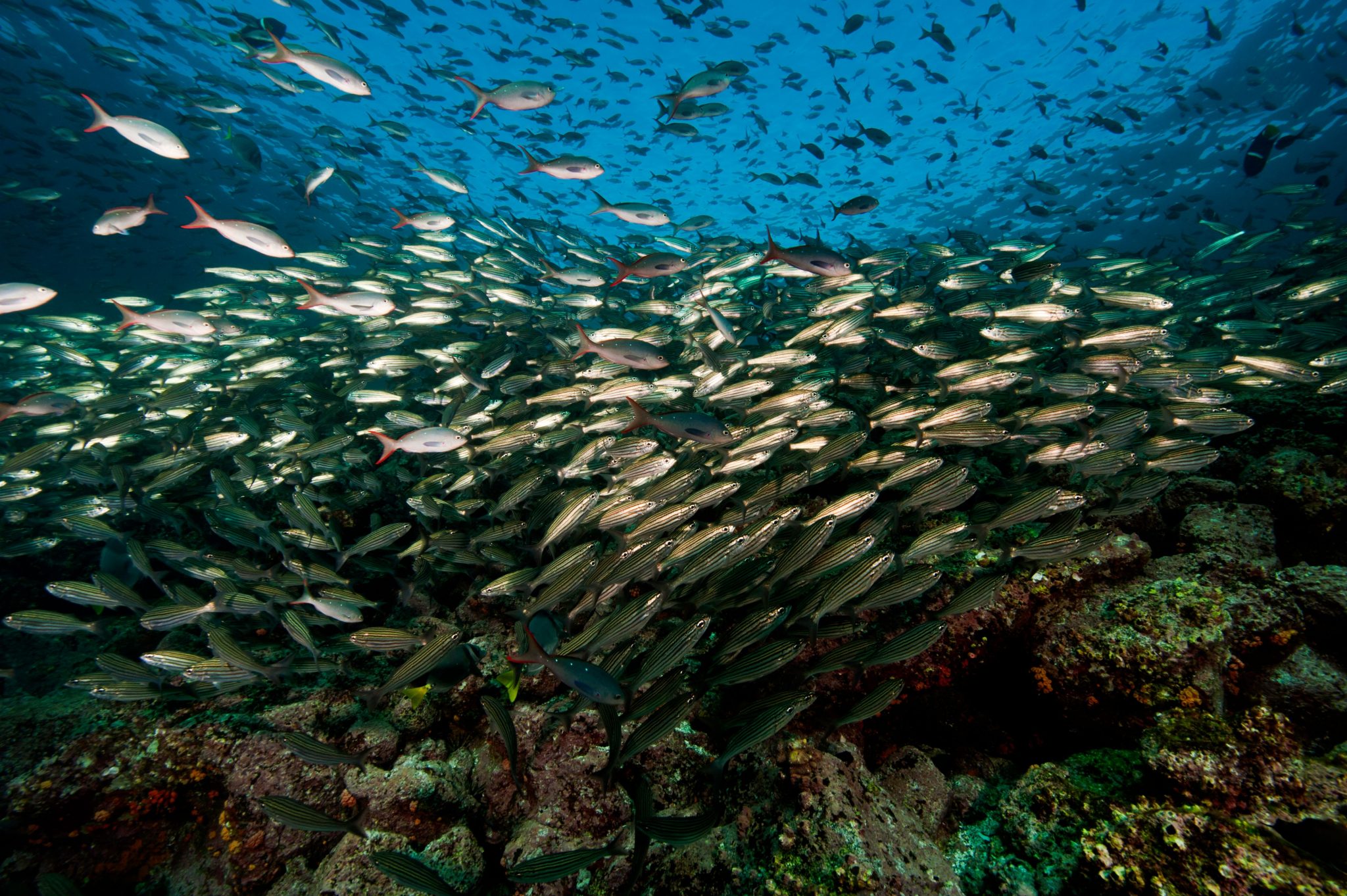 Taking action in the Galapagos Islands

We are lucky to have a handful of organizations in the Galapagos Islands that work tirelessly to protect the ecosystem and the animals that depend on it, these include the Galapagos Biodiversity and Education for Sustainability Fund (the GBESF), Ecology Project International and Island Conservation, to name but a few — many of which Ecoventura is proud to have supported in our 30 years of operations in the Galapagos. 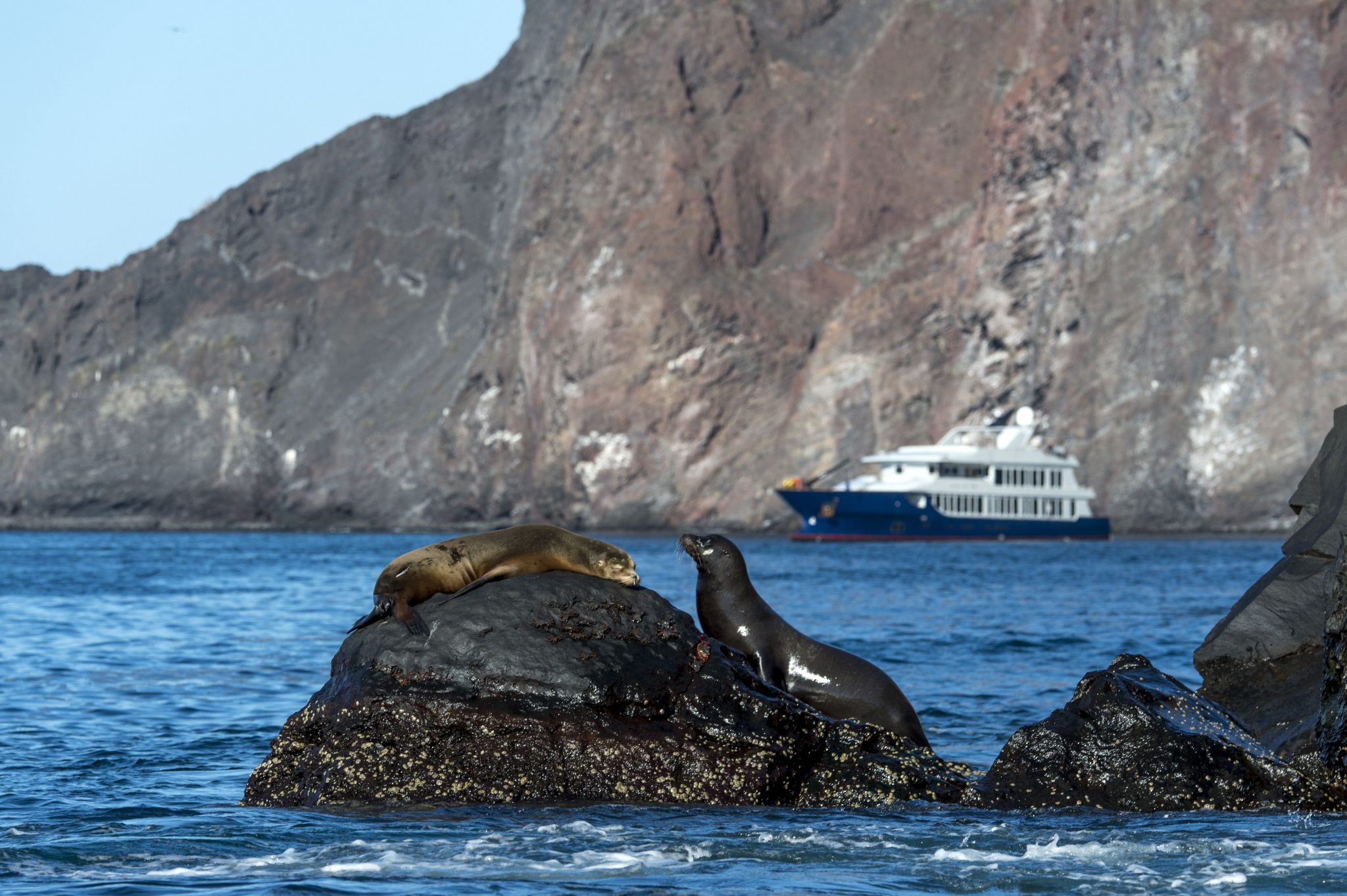 One of the organizations we are particularly committed to helping is the Charles Darwin Foundation — a non-profit group dedicated to conducting scientific research in the Galapagos. Since joining forces with the CDF in 2017, Ecoventura has donated over $270,000 to the GBESF (a fund set up by Ecoventura in collaboration with the CDF and the Galapagos National Park Directorate) to help finance research and monitoring trips, buy vital scientific equipment and run educational projects and conservation camps for scientists and students.

The fund supports marine and terrestrial conservation and education efforts run by the Charles Darwin Foundation, as well as providing patrolling, surveillance and management support to the Galapagos National Park authorities. An incredibly worthy cause and one we are proud to play an active role in supporting.

As a result, we have recently been awarded a Platinum badge from the Charles Darwin Foundation, a seal of our commitment to corporate social responsibility and the efforts we give back to science and conservation in the Galapagos.

The task in hand is a huge one, but each step taken towards protecting the oceans, and therefore the planet, is hugely worthwhile. Operating our Relais & Chateaux yachts, Origin and Theory, we are reminded each day of the utmost importance of the precious biodiversity that surrounds us.

Why now is the perfect moment for a Galapagos vacation