All private tours depart and end from your hotel of choice and include: private car, driver and English-speaking guide. All 8 hour classic tours include lunch at a charming country inn.

Rates are per person and are based on the total number of guests:

A private guided tour of the historical center of Quito, starting with a visitt o El Panecillo, the landmark hill rising at the southern edge of the historic center. Quito’s Winged Virgin statue is visible from almost anywhere in thecity. Explore Colonial Quito on foot; San Francisco church and museum of religious art, La Compania Cathedral and seven tons of gold gilding, bustling Independence Plaza, flanked by the Presidential Palace and theCathedral of Quito.

Combination of the Quito Colonial walking tour and a drive north to Mitaddel Mundo (Middle of the World) to straddle both hemispheres at the same time. Latitude zero marks the spot where a geographic expedition located the exact position of the equator. Visit the Equatorial monument and IntiNan Ethnographic Museum which displays examples of pre-Columbian life in Ecuador and has demonstrations on the unique geography, astrology, and natural sciences.

One of the largest indigenous markets in South America, Otavalo is a sensory feast of alpaca sweaters, ponchos and woven tapestries. The local people maintain their ethnic identity wearing traditional blue ponchos and speaking Quichua, their native language. Drive north through dramatic mountain landscapes dotted with small villages, churches, and blue lakes.Stop at the Quisato sundial, a monument to Mitad del Mundo and an authentic produce market. Lunch is at a local hacienda, and afterward we visit the homes and workshops of local weavers in the craft village of SanPablo who reveal secrets of ancient textile and musical techniques.

Optional addition: visit the pyramids of Cochasqui instead of the artisan village.

Travel through spectacular scenery where 11 massive, snow-covered peaks overlook rivers, small villages, and terraced farmlands. Drive south along the stunning Avenue of the Volcanoes, a nickname bestowed byAlexander Von Humboldt, the German scientist who came to Ecuador in the 18th Century. Walk around Cotopaxi National Park, named for its perfectly cone-shaped volcano, one of the highest active volcano in the world at 5900 meters, home to Andean Condor and high-altitude birds such as the Punta Hawk.

Payment:
Due 60 days prior to departure.

Cancellations:
Cancellation received 60 days or more prior to departure will incur a service charge of $50 per person. Cancellations received 59 or less days prior to arrival are subject to full forfeiture.

In case of a no-show transfer, due to flight cancelation of delay, no refund will be provided. If delayed flights are notified less than 5 hours prior to the flight ETA/ ETD full charges will apply. The service can be rescheduled at an additional charge. If delayed flights are notified more than 5 hours prior to the ETA/ ETD the service will be automatically rescheduled with no extra charge.

Changes may be unavoidable due to circumstances amounting to force majeure or similar reasons beyond our control, delays in departures on airlines caused by technical problems, weather conditions, overbooking or closure of a hotel, decisions by State Governments or tourist organizations, altering the itinerary due to a local situation; strikes, landslides, places of visit closed or not available at the last minute, bad road conditions. In such cases, we will offer comparable alternative arrangements. If any of the circumstances listed above occur during the course of the tour, we reserve the right to alter the scheduled itinerary accordingly.

No refunds will be issued for any unused portion of travel that the client cancels of changes during the holiday or within the 59 days prior to the date the service is due. 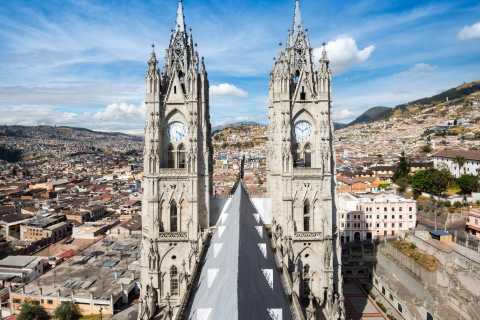