Lisa Pagotto, writer at Crooked Compass, recaps her recent trip exploring the Galapagos Islands. Her photos and detailed reviews will leave you dreaming (and planning!) your next trip to the islands.

If you’ve traveled here before, many of her pictures will bring back strong memories and have you telling stories to your friends and family over dinner tonight! 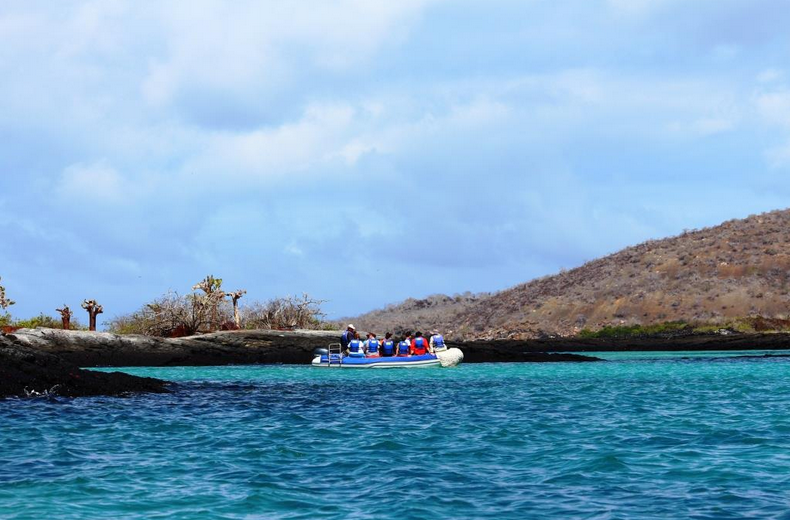 “… Sea lions laze on the rocks, snoring gently, soaking in the late morning sun. Young pups chase and tease each other emerging silky smooth and shiny as they slither onto the rocks which camouflage them so well. Vibrant Sally Light Foot crabs the size of a hand span, sling the black volcanic rocks like spiders of the sea. Their colours contrasting so beautifully to turquoise waters. Small marine iguanas are difficult to distinguish on the rocks, but they too are roasting themselves in the beaming rays.

A large sea turtle glides past and swirls in circles as we all gasp and snap away with our cameras. It must be at least a metre deep but the visibility is just like looking through glass. Frigate birds flap overhead. Some jet black like soaring bullets, others with brilliant splashes of red. Already my camera is working in overdrive and this is only at Puerto Baquerizo Moreno, the port on arrival.” 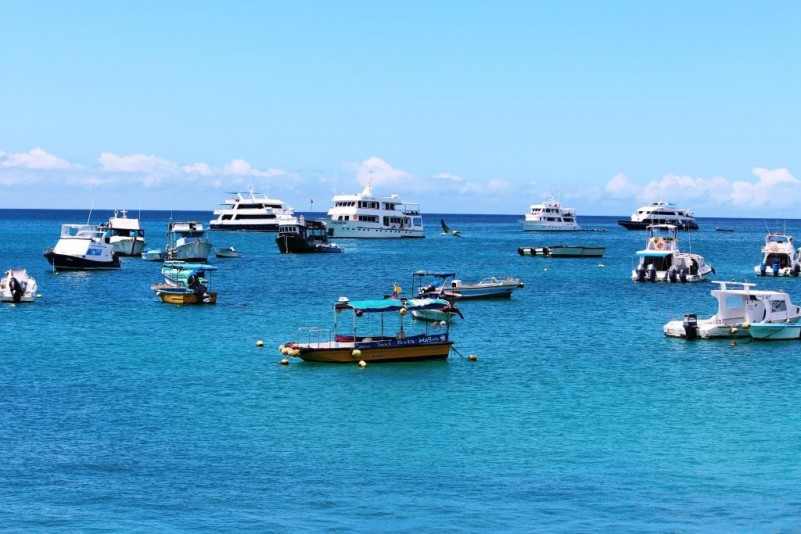 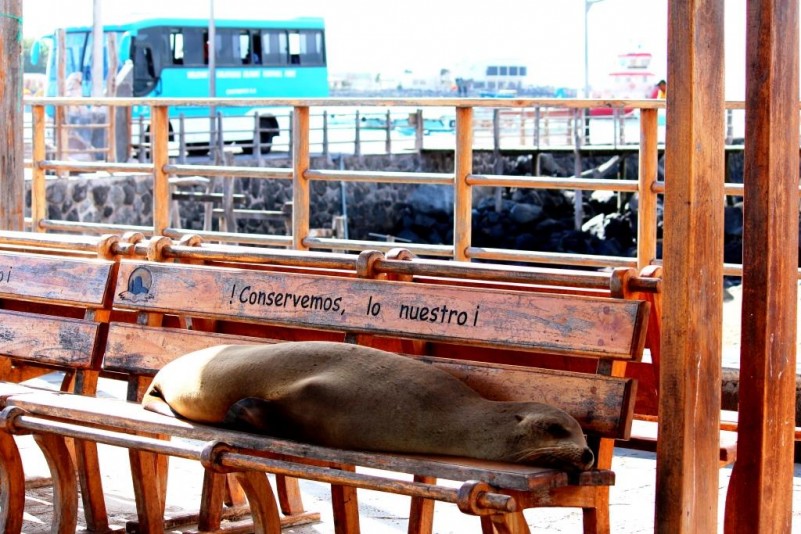 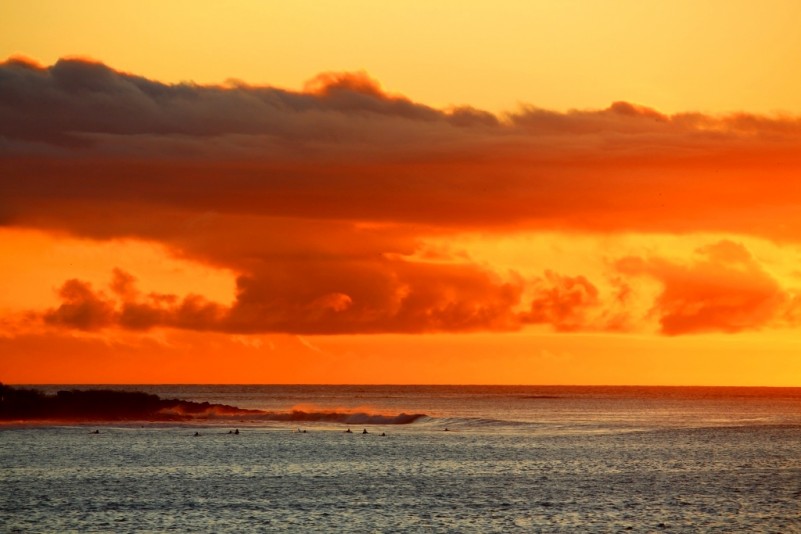 “It was a casual, slow-paced morning of discovery as we all walked at our own pace and took in what was of most interest to us individually. Behind the white sandy bay, bubbled but rigid rusty red lava had once flowed and solidified. Scattered sparsely with straggly bushes, only occasionally was there a splash of living green. Stark frightful cacti pierced the lunar like landscape, making it seem that simply by turning 90 degrees, you were in another world or perhaps on another island…” 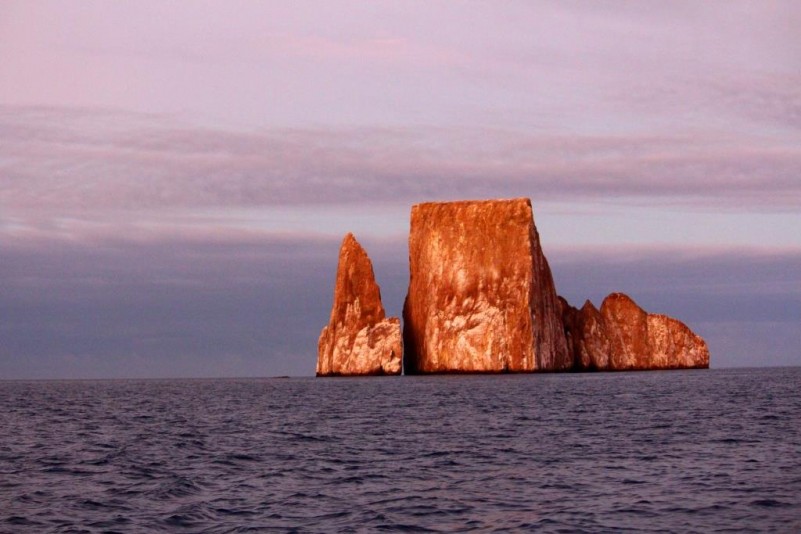 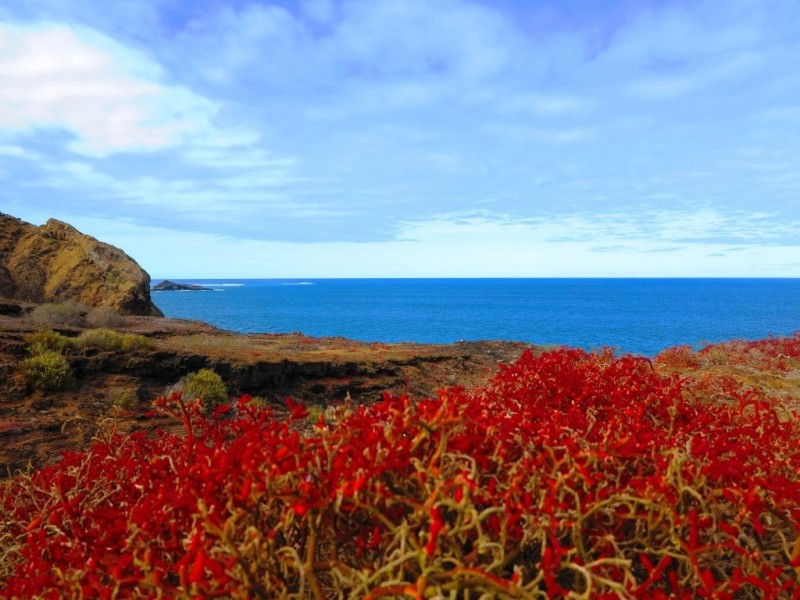 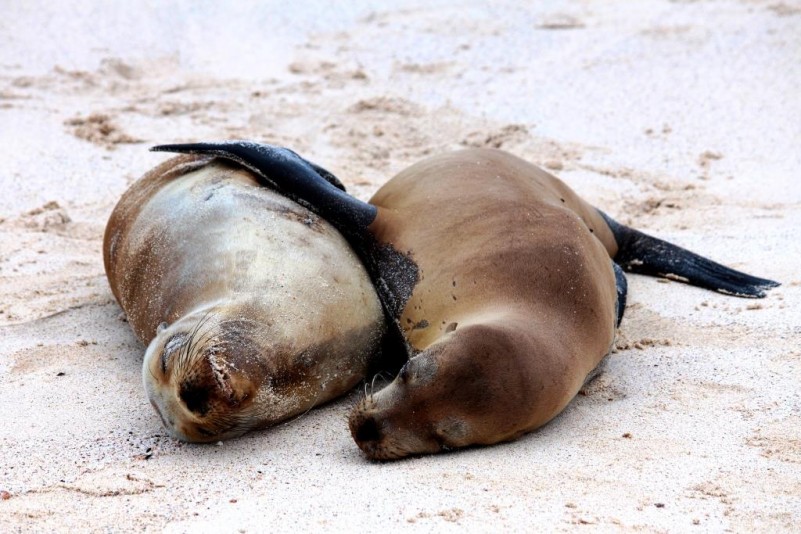 “Tripping over animals is how I would describe the start to our day. We were now on the stunning island of Espanola – a low-lying rocky outcrop of crumbled lava stones and large boulders bordered by a moat of turquoise water. This island offers the highest rate of endemic species in Galapagos Islands.

Sea lions greeted us with their noisy dog like barks, as curious Hooded Mockingbirds pecked at our shoelaces. From the moment we set foot on Espanola, we had to make sure that we were not setting foot on an animal. Our first point of call was Punta Suarez…” 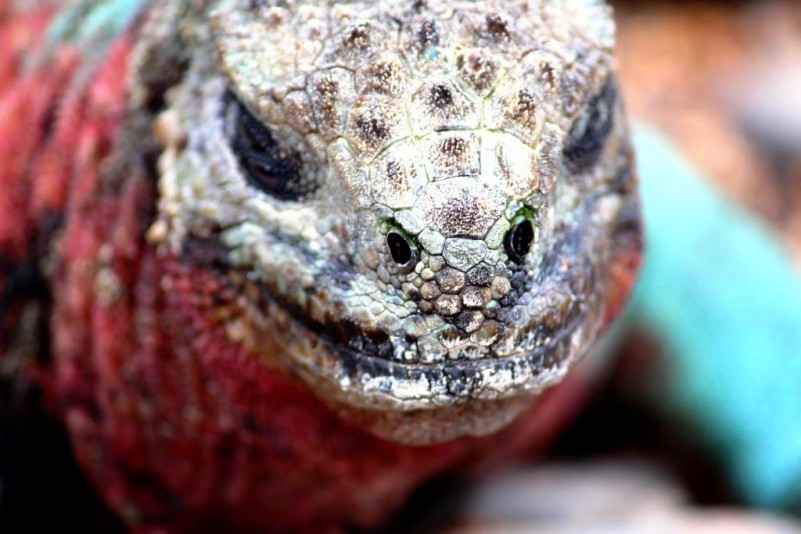 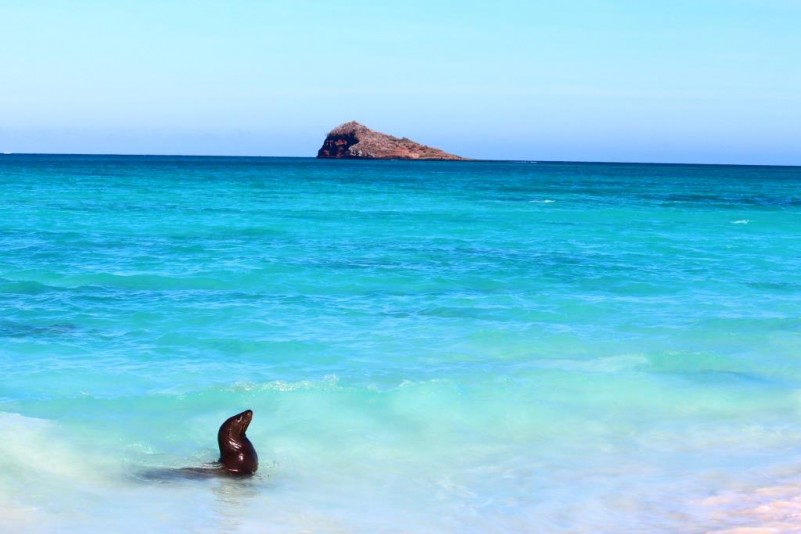 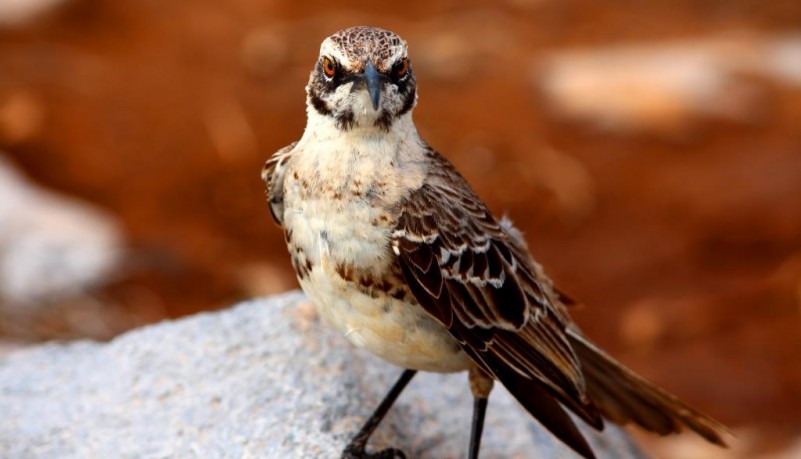 “There seemed to be a lot more splashing than normal as I awoke this morning. The boat wasn’t rough, but the sound of slapping waves seemed more prevalent than usual. I whipped back the curtains and was greeted with a pod of close to what we think were 200 dolphins dancing alongside the ship. Dipping, diving, splashing and playing, they were stunning and so gracefully elegant.

Not a moment later when they were out of site, did a flamboyance of flamingos flap overhead in  spectacular formation. So vivid in the morning light, it was like someone grabbed a pink highlighter and splashed it across the sky…” 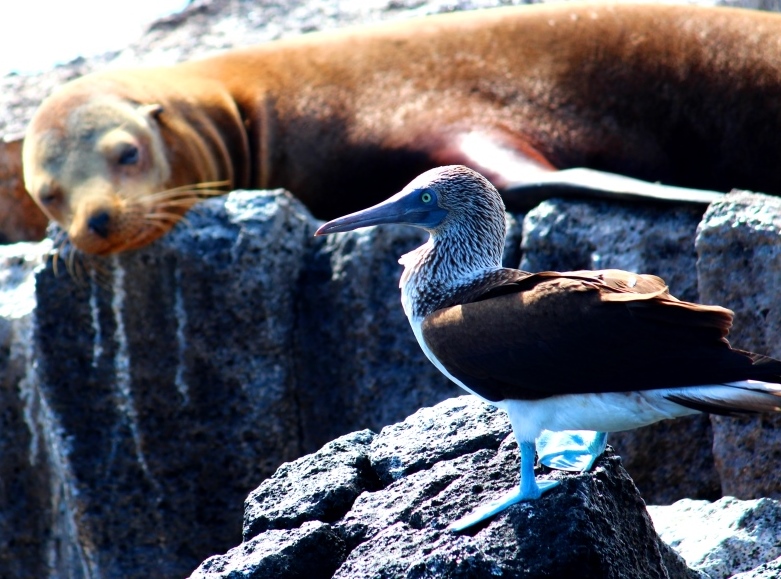 “Our first stop was at ‘the tunnels’, the largest lava tubes found in Galapagos. The lights inside the tubes/caves were out so we could not see too much, but it was interesting to learn that lava has passed through these tunnels over 200,000 years ago causing this unique formation.

As we continued driving, giant tortoises punctuated our route. They were in the fields next to the road, on the side of the road and some even on the road. It was not what I expected at all, but very cool just to see these massive tortoises free range in the highlands. There are around 2000 wild tortoises on Santa Cruz…” 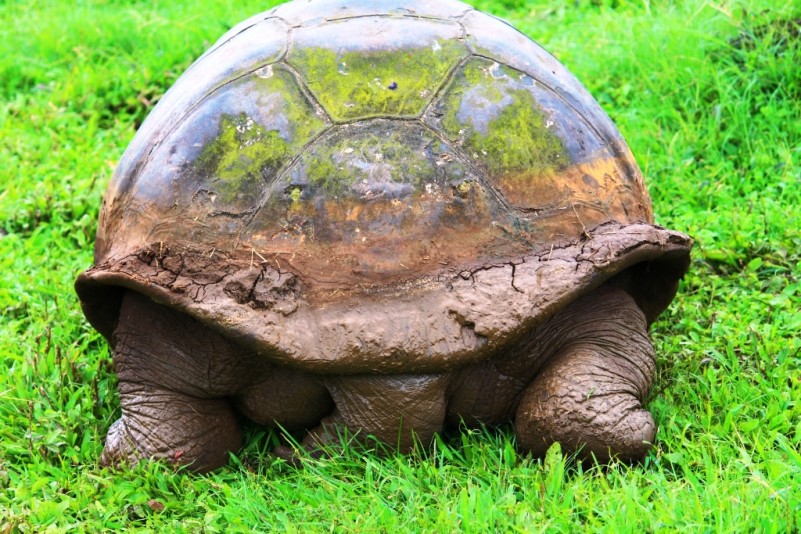 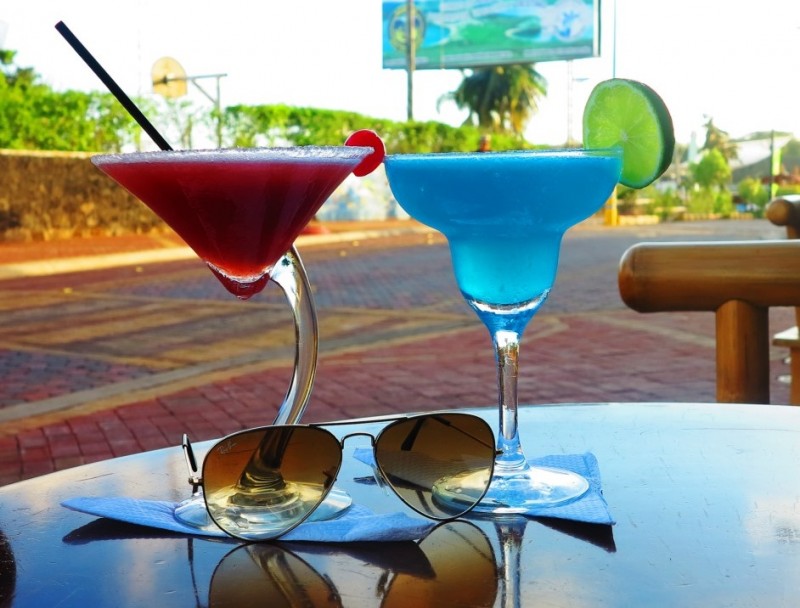 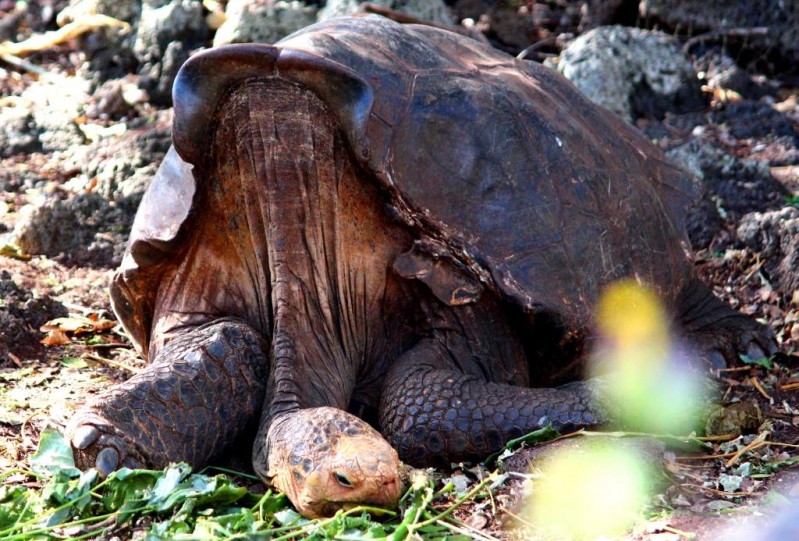 “This morning we visited Las Bachas, Spanish for ‘barges’. Before us, a long soft, white sand beach, indented with turtles nests and the disorientated tracks of hatchlings attempting to find their way to the water to avoid prey.

Beyond the mounds of nest, is another brackish lagoon featuring a splash of pink. A small flamboyance of the Greater Flamingo strode eloquently. Eight of them dancing in the scummy water, churning up the bottom with their tapping feet, in search for shrimp…” 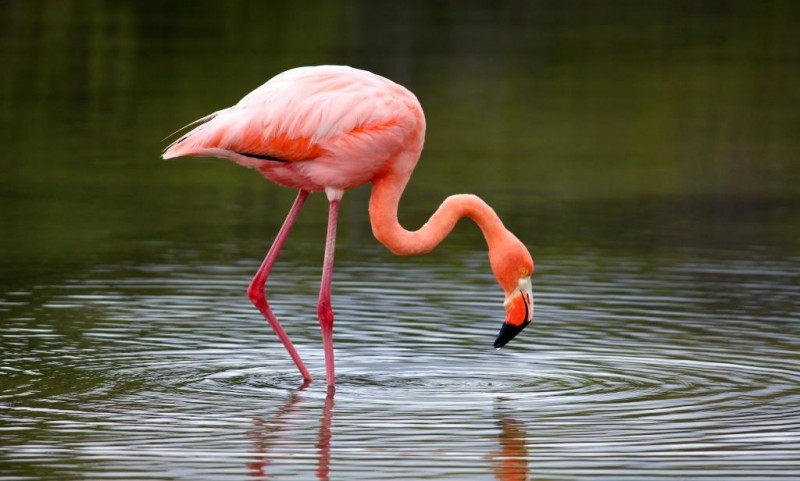 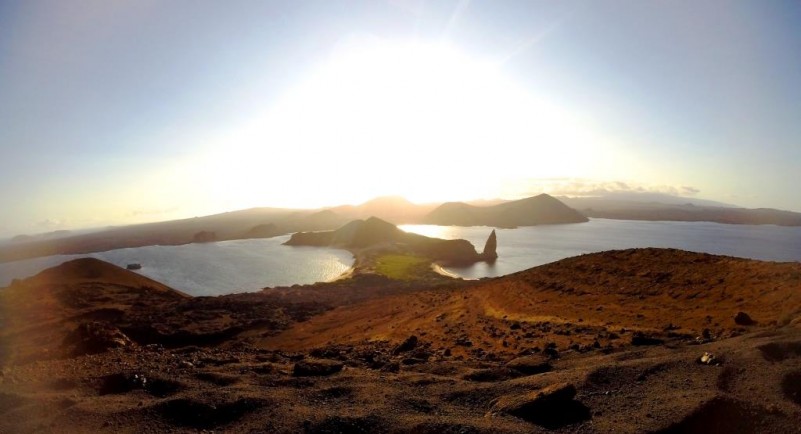 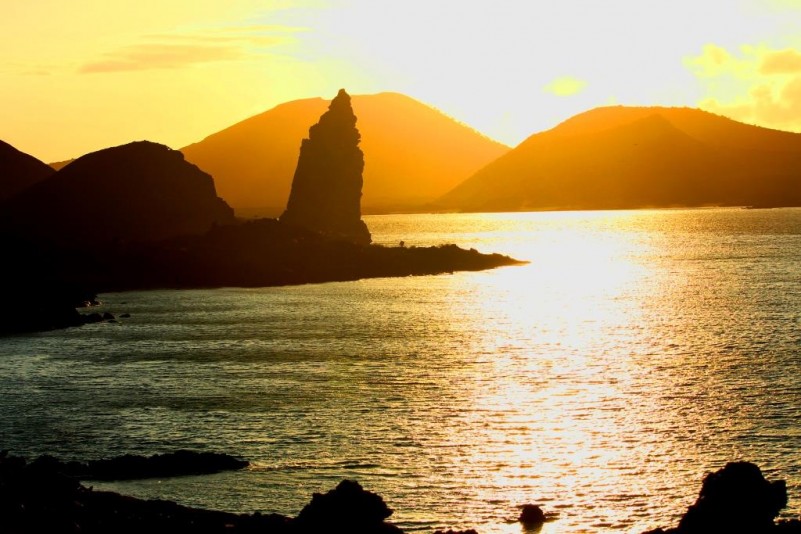 Can You Guess what is the Cutest Animal in the Galapagos?

Three reasons why you should add a visit to Peru!